Ghalib’s letters and poetry have been compiled in several books, including Deewan-e-Ghalib.

A lot of films were made on Ghalib’s life as well.

The poet used to mention phychology, philosophy, the universe, human affairs, and other topics in his impressive content. He used to write sarcastic poetry as well. 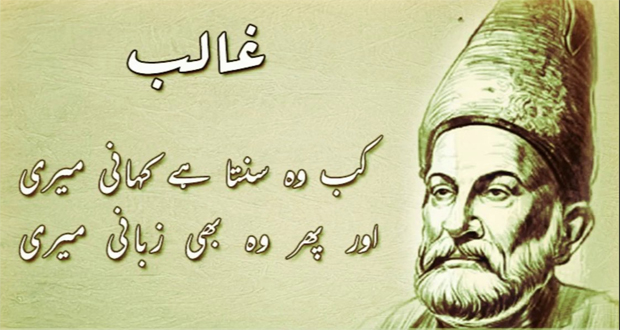 He used to live a life of poverty. It is because he could not get his proportion of property from English people. It is also because he did not spend his life with austerity.

He reached in his remaining years at the place of Bahadur Shah Zafar.

Popular Indian TV actor Arjun Bijlani bags the trophy after he was...

US to crack down on potent class of greenhouse gases

When a South Carolina beachgoer picked up a shell and saw an...

WASHINGTON: The chairman of the US Federal Reserve called on lawmakers to raise...