Popular drama serial Ehd-e-Wafa is unique and interesting for many reasons. One of which is that it is a patriotic and military-based drama. It has been a while since – we as a nation – watched and thoroughly enjoyed a military-based drama. There’s no doubt it has successfully revived the love for motherland in the viewers.

More importantly, it features warm moments between friends and the precious time they spend together. The full story of the play revolves around some friends and their friendships. The main lead of the serial also deserves words of praise as their flawless acting skills made this play a huge success and gave it a standard that future generations will cherish.

The lead artists in Ehd-e-Wafa are the following:

The fun part is the group of four high spirited friends; Shariq, Shehryar, Saad and Shahzain that call themselves SSG. It is nothing like something serious as if they are commandos. But, they choose this name – SSG – special “s” gang because the initial of their first name is “s”.

Directed by Saife Hassan, written by Mustafa Afridi and co-produced by ISPR and Private Production, this drama has an element of nostalgia too. Apart from its refreshing and realistic plot, the separation of the friends is something we can all relate to.

This group of friends has different social backgrounds. But, they studied in the Boarding school of Lawrence College together and their bond becomes stronger. This everlasting and unshakable bond got affected by time and various circumstances. The real tragedy began when they chose different paths and went separate ways.

Although they started working in different fields, one thing that tied together was their passion to do something for their homeland. Shahzain fought to get an MNA seat and won it. Saad followed the footsteps of his father and served in the military. Shariq chose to become a media person whereas Sheheryar decided to serve the country as a civil service servant.

The serial centers their struggles, personal life and their efforts to make a difference on the national level. The different phases of their characters and their lives are what kept the viewers glued to the screens.

The last episode of the famous drama serial is going to air at selected cinemas in the country. No doubt, the fans are overjoyed for the nationwide screening. The screening will be done before it goes on air on Television 15th march. Nasar Khan, drama correspondent doesn’t only confirm the news but hints a plot twist as well.

The director of Ehd-e-Wafa, Saifi Hasan revealed while speaking to one of the news channels that they have decided to show the last two episodes of Ehd-e-Wafa at the cinema in different cities of the country. He said we didn’t on air second last episode of the serial because we needed 80 minutes of screen time in cinemas. 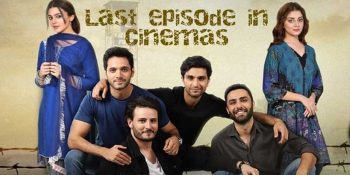 Concerning the popularity of the show, it was obvious that the fans would welcome the decision of airing the last episode on the big screens. The team of Ehd-e-Wafa indeed received a massive response from the audience.

There is no confirmed news that says that the story of Ehd-e-Wafa has been leaked. But, there was a short clip circulating on the internet featuring Humayun Saeed, one of the top actors of Pakistan drama industry. According to reports, he will make a special entry as Major Humayun.

Watch Finale of Ehd-e-Wafa at Cinema

In the current situation, when the world has been affected and afraid by Coronavirus, fans of Ehd-e-Wafa are determined to enjoy the grand finale of the famous serial on the big screen. 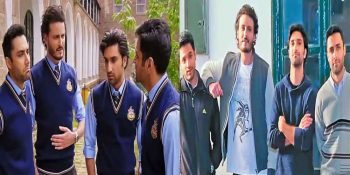 According to a local citizen, this is not just a TV series, but it is a way to prove a point to a neighboring country that we aren’t afraid of virus. On the other hand, the universal cinema group CEO, Sahir Butt said that they hope to entertain the fans. However, the recent news has been telling a different story.

The news of Ehd-e-Wafa finale episode screening took by storm. The tickets were sold. The fans were happy too. But, due to unfortunate circumstances, private production house has changed its decision.

‪Always a pleasure meeting @asifghafoor.ag. Such a humble and down to earth person full of warmth, love and respect for members of the media. May Allah give him health and happiness #HumarayPaasTumHo

With the cases of novel Coronavirus emerging from different parts of the country, the network has canceled the screening of Ehd-e-Wafa last episode as a part of their social responsibility.

Moreover, the network has asked fans who were eagerly waiting for the grand finale, to stay tuned.

The cast/roles of this series include:

The mega-hit serial Ehd-e-Wafa was a product of hard work of Mustafa Afridi. From plot to character selection, everything seems on point. This thoughtfully written drama will stay with the fan for many years to come.

It seems like everyone loves the characters and can relate to their friendships and there’s nothing negative in the story. However, the team of Ehd-e-Wafa has faced a few minor inconveniences too.

Sources said that a petition was filed against Ehd-e-Wafa, ISPR’s latest production, in Lahore. The petition states that the role of politicians and their characterization can affect the reputation of the politicians of the country.

Moreover, the petitioner requested Lahore High Court to impose a ban on the serial. On the other hand, the court responded to the petitioner and ordered for court hearing soon. 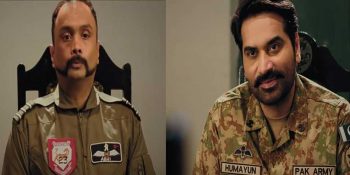 At first, the audience was little disappointed after knowing that Ehd-e-Wafa isn’t going to be a sequel of 90’s mega-hit Alpha Bravo Charlie which was also produced by ISPR. But, as the story moved forward, the fans got addicted to the strong bond of SSG.

It wouldn’t be wrong to say that watching Ehd-e-Wafa in the previous weeks was a breath of fresh air. This is because of the repetitive and melodramatic storylines of our dramas. The writer indeed did a great job of writing interesting and fun characters like Rani. The script is fresh and entertaining which also has encouraged fans to watch it regularly. It becomes an addiction simply because it was different from women-centric sob shows that had dominated the screen for a long time.

Moreover, there are hardly any serials made on friendships and college life. Ehd-e-Wafa was based on college days and emotional friendship bonds which is delightful to watch. There were hilarious conversations between Saad and Gulzar that might take you back to your college days. Not only this, but the meetups of Sharik and Sheheryar after college hours would also encourage you to ring and reconnect with your old friends. No doubt, the genuine friendship scene is rare in current drama culture. In this scenario, watching something centered on college life and emotional connection with friends uplifts your mood and makes you wait for the next episode as well.

Ehd-e-Wafa wasn’t only an entertaining serial, but it has highlighted important ideas and sent important messages as well. The storyline is fun and interesting, but it has the potential to make you think about it because of the core messages in the serial. Take Haris for example. This character from Pakistan Military Academy shows how disturbed family lives affect the career and education of a child. He couldn’t concentrate on his studies despite trying hard because his parents were about to break up until PMA resolved their issues.

More importantly, the makers of Ehd-e-Wafa also send the message and try to eliminate the misconception that our Army gives preference to the offspring of military personnel. It’s true that the makers successfully cleared the myths and promote worthy ideas with an interesting plot and entertaining characters.

Not only this, but the serial sheds light on the middle and elite class lifestyles. It shows that the difference in these classes can hit hard at times in real life. They showed and did justice to the lives of Saad, Sharik, Sheheryar, and Shahzain with major lifestyle differences, how to cope with it, and eventually built a stronger bond.

Like every story, you can see the romance between Dua and Saad and how their story evolves. They show the intrigued married life of Rani and Shahzain. Viewers can’t forget the ever-increasing affection between Sharik and Ramsha. Plus, Sheheryar’s soft corner for Masooma, her villager cousin is worth watching.

In short, Ehd-e-Wafa is a well-written serial that entertained the audience and taught a lot over the last weeks, and the fans are going to miss it.