Ola, James Jordan welcome their baby girl after a long battle of infertility

Ola and James Jordan have become parents for the first time after the former Strictly Come Dancing star gave birth to a baby girl.

Ola Jordan and her husband of almost 17 years, announced the happy news via Instagram after welcoming their bundle of joy into the world.

The new mother shared a sweet snap holding her little one’s hand, and gushed in the caption:

‘She’s here and she is perfect.’

She’s here and she is perfect 💕 #mummy

I have had most amazing baby shower few weeks ago. Thank you to all my lovely friends for coming and celebrating with me. It’s so nice to have so many wonderful women in my life. Love you all ❤️ Decorations by @evaly_events Location @secretgardenkent Photography @jip.ltd #babyshower #baby #babygirl #secretgarden #kent

James also took to Instagram to share a snap of their baby girl, as he held onto her feet.

He wrote, ‘I’m the happiest man in the world.’

I’m the happiest man in the world #daddy

The couple announced they were expecting their first child in September 2019 after a painful three-year battle with infertility.

The television personality pair underwent IVF (in vitro fertilization) and Ola fell pregnant during their first round.

Prior to conceiving, Ola said: ‘I would love to be a mum with all my heart and I just thought it would happen naturally.

‘I guess I just thought like most women that I could choose when the time was right for me.’

How amazingly talented is my lovely friend Laura? 😍 Thank you so much @lauratarrant2506 for surprising me with this beautiful cake. 💝🎂💕 If you would like a personal cake for a special occasion you can contact her at @onceuponacupcakekh 🧁 #babyshower #cake #babygirl #pregnant #baby

James added, ‘We had some tests and it looks like IVF will be our best chance of conceiving.’

The TV personalities previously admitted the stress of going through three years of trying to have a baby has made them ‘stronger’ than ever. 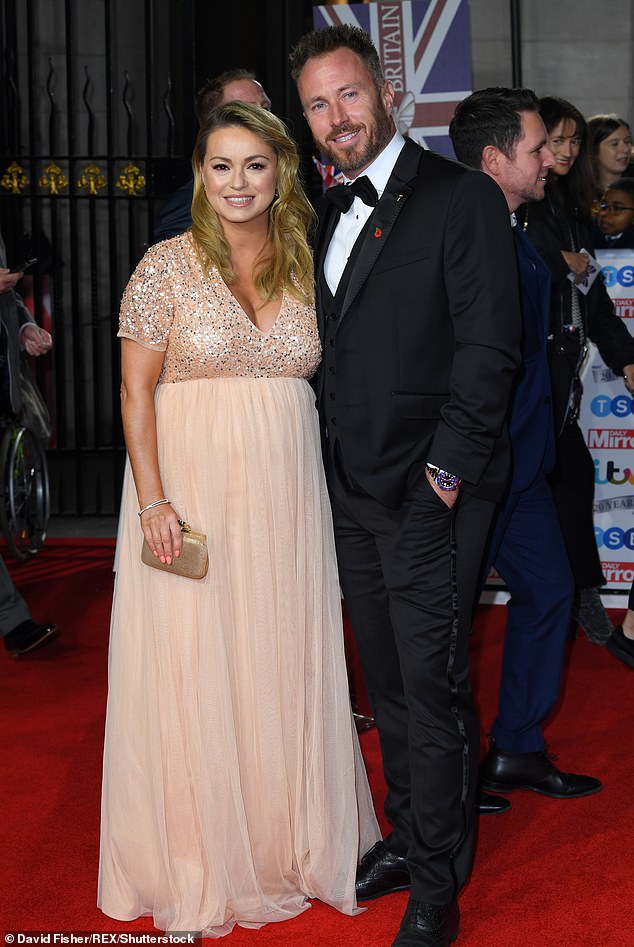