Showbiz’s former actor Hamza Ali Abbasi shows off his juggling skills during self-isolation due to the Coronavirus outbreak.

Hamza Ali Abbasi and wife Naimal Khawar are currently being quarantined and spending quality time with some interesting activities for their fans.

However, Naimal, on her Instagram story shared a video clip that shows Hamza, flaunting his juggling skills.

She captioned the clip “Quarantine and chill”. 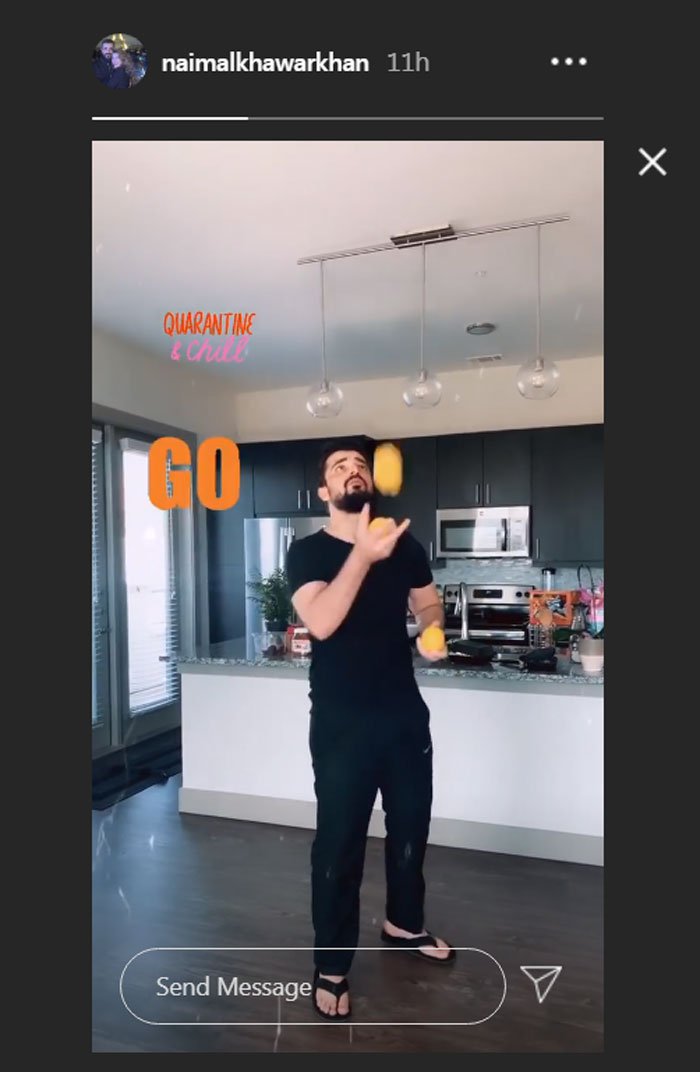 Fans have showered much love and appreciation on the video.

Earlier, Hamza and Naimal Khawar managed to build a television table in self-isolation.

Taking to Instagram, Naimal shared a video wherein Hamza could be seen making a television table.

She wrote, “After a joint effort, we finally managed to build our television table Staying at home can be fun too.”

After a joint effort, we finally managed to build our television table 📺 Staying at home can be fun too. Stay home and stay safe guys 💪🏼♥️

Note that Hamza Ali Abbasi was last seen in a blockbuster drama serial ‘Alif’ and had announced to quit showbiz turning towards spirituality.