Actress Mehwish Hayat inspires others through her contribution to Pakistan’s entertainment industry. She is engaged in charity works as well. However, news sources say that Mehwish is looking forward to joining Pakistani politics as well.

She gave an interview to a UK-based website. Dillagi actress Mehwish Hayat hinted that she may enter politics by participating in 2028 general elections in Pakistan.

One of her fans even made a poster for 2028 under the title ‘Qaum Ki Awaaz’. 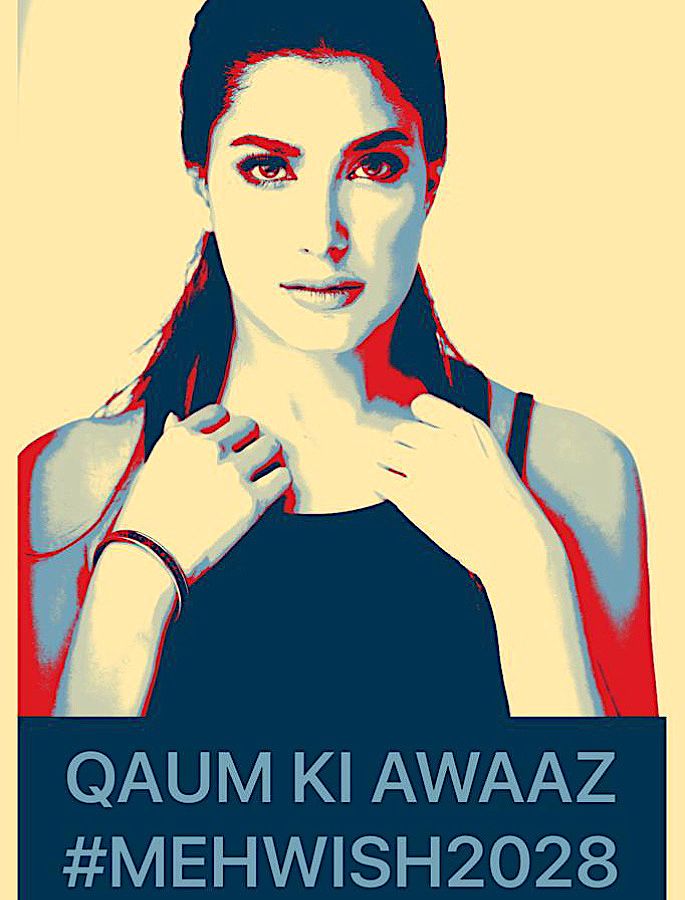 The actress said that she has eight years to learn and consider herself for getting a position.

“I would like to say that I love the power that comes with politics – don’t get me wrong, I am not some sort of megalomaniac.

“For me, politics is about being in a position to make a difference in the lives of people.”

Mehwish also talked about what is significant in politics for her. She said,  “I feel that I understand what the needs and worries of the average people are.

“It is really touching that they reach out to me on social media and ask me to highlight issues of concern to them.

“I also am a fighter, once I get my teeth into something, I will not let go till I achieve it.”

On the other hand, Mehwish also shared her thoughts about the future of women in the country.

“I think that it is impossible for me to contemplate any sort of future for Pakistan without the involvement of women.

“We are no longer the image that films and dramas unfortunately still show us as. Women in Pakistan are CEOs, fighter pilots, doctors, politicians, engineers, and are in every single profession.

“Pakistan will stagnate if women are not part of its future development.”