BTS group have been campaigning for UNICEF under their “LOVE MYSELF” campaign.

The UNICEF Inspire Awards considers various global campaigns that give inspiration and motivation to people around the world under 18 different categories.

A total of a hundred campaigns were nominated from 50 different countries, and put to an internal vote by UNICEF staff. The “LOVE MYSELF” campaign drew majority of votes to win their category of ‘Integrated Campaigns and Events’. 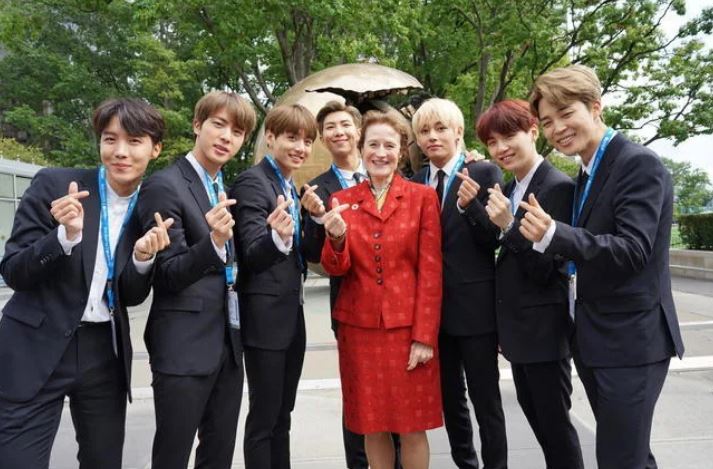 The category in particular, considers a variety of factors including children’s rights, fund raising and promotion, to pick the one with the largest influence.

For those that do not know about the ‘LOVE YOURSELF’ campaign, the boys of BTS allowed a UNICEF booth that promotes being against child and youth violence. It carries the message of loving oneself and knowing one’s value.

The secretary general of UNICEF Korea, Lee Ki Cheol said, “Loving oneself can result in starting to love others. I think this message from BTS is causing a positive change in the world globally. I think this award is the result of BTS’ good influence on bringing courage and comfort to children and teenagers around the world. I am very proud of this award as a Korean, and I would like to take this opportunity to express my deep appreciation to BTS and BigHit Entertainment, who have always supported UNICEF’s #ENDviolence campaign.”

According to the details, the K-pop group BTS had donated $1 million to BLM in early June.

The seven-member BTS wrote on its Twitter account that they are against racism and violence with the hashtag BlackLivesMatter.

“We stand against racial discrimination. We condemn violence. You, I and we all have the right to be respected. We will stand together.”