Turkish actor Engin Altan Duzyatan popularly known as ‘Ertugrul’ shared a sweet picture with his daddy ahead of Father’s Day 2020. 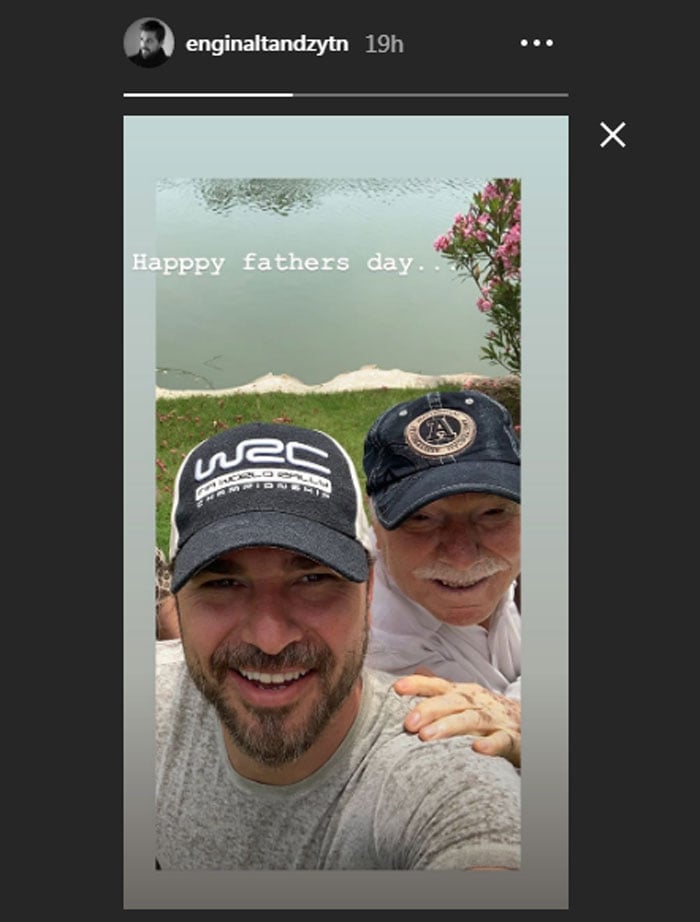 Engin Altan turned to Instagram and shared a selfie with his father in his story and wrote, “Happy Father’s Day.”

However, the father-son duo looked similar all smiling in the adorable snap.

However, the actor has won the hearts of millions of fans globally with his outstanding performance in the drama series.

In an adorable video doing the rounds on internet, Engin Altan’s son could be seen painting dad’s face with colours.

Peshawar Zalmi elected to field first after winning the toss against Karachi...