The black-and-white photo shows a mother-to-be model in a denim top taking a mirror selfie while embraced by a shirtless hero with a Dior saddlebag over his shoulder and holding what appears to be a white shirt. 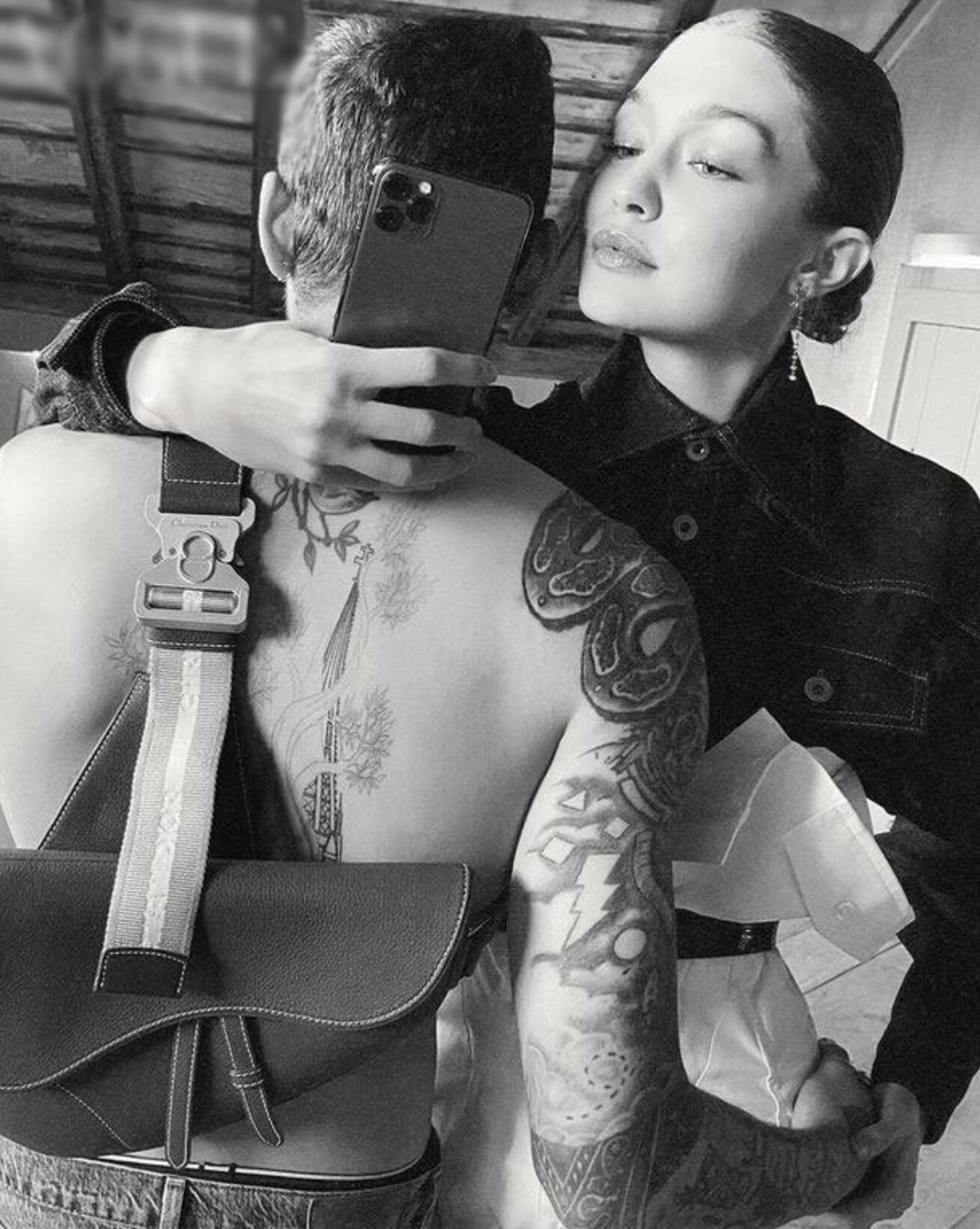 Gigi looks positively glowing along with his dashing boyfriend Zayn Malik. The blonde beauty and her beau confirmed they were expecting back in April.

The couple has taken part in a new campaign for a British magazine, which hopes to raise money for NHS Charities Together and the National Association for the Advancement of Colored People (NAACP). Fellow model Helena Christensen also posted photos as part of the campaign

Gigi Hadid is just weeks apart from embracing her first baby with...