The “Punjab Nahi Jaon Ge” actress also posed for a picture with the photos of Pakistani cricket legends.

In the recent tweet, she thinks there’s a resemblance between Pakistan’s former captain Zaheer Abbas and the “Professor” from the popular Netflix series “Money Heist”.

“Just noticed. In the picture over my left shoulder… doesn’t Zaheer Abbas look like the ‘Professor’ from the Money Heist? lol,” she added. 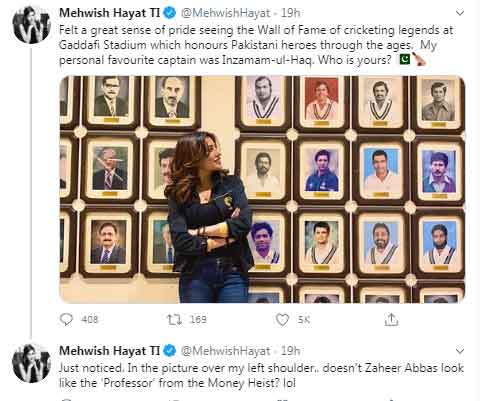 Microsoft’s support for Windows 10 will terminate in 2025

Microsoft has revealed that support for Windows 10 will be discontinued in...