During a Q/A session on Instagram, Imran Abbas left his fans in confusion after announcing that they will not see him on the screen anymore.

After a fan asked him about any of his upcoming new projects, Imran replied,

“You won’t be able to watch me on TV atleast for another one and a half year more. (And even don’t know about after that either)” 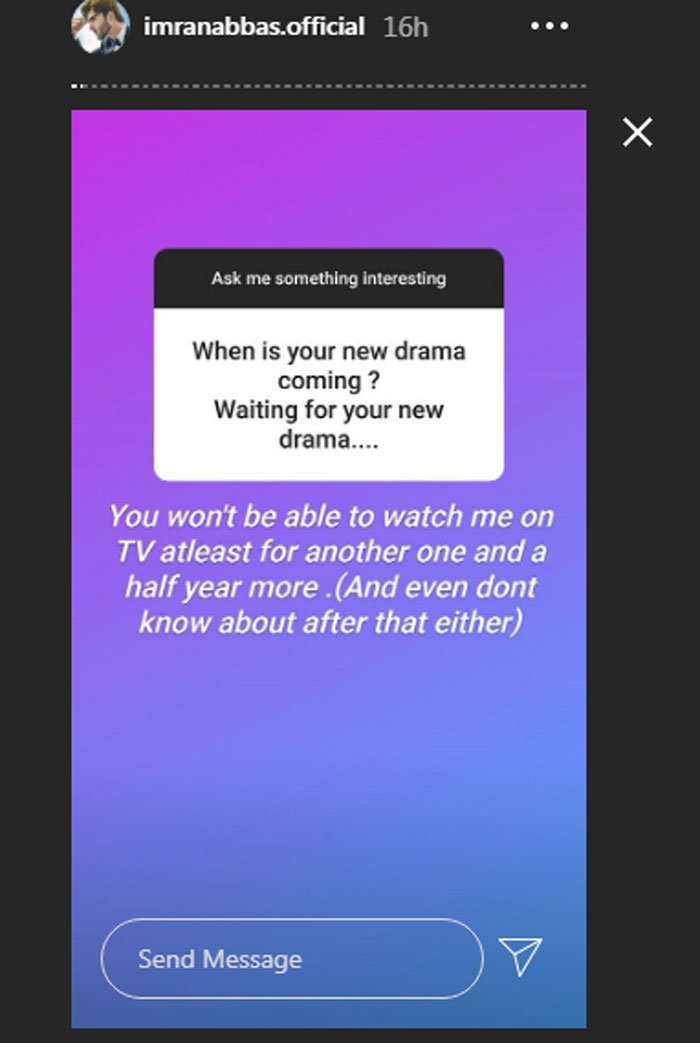 Imran’s reply had left fans curious after his response to that question. Many of them believe that the actor will also quit the entertainment industry just like other famous actors Hamza Ali Abbasi and Feroze Khan.

“I always feel great and spiritually enlightened whenever I see him (Maulana Tariq Jameel)”. 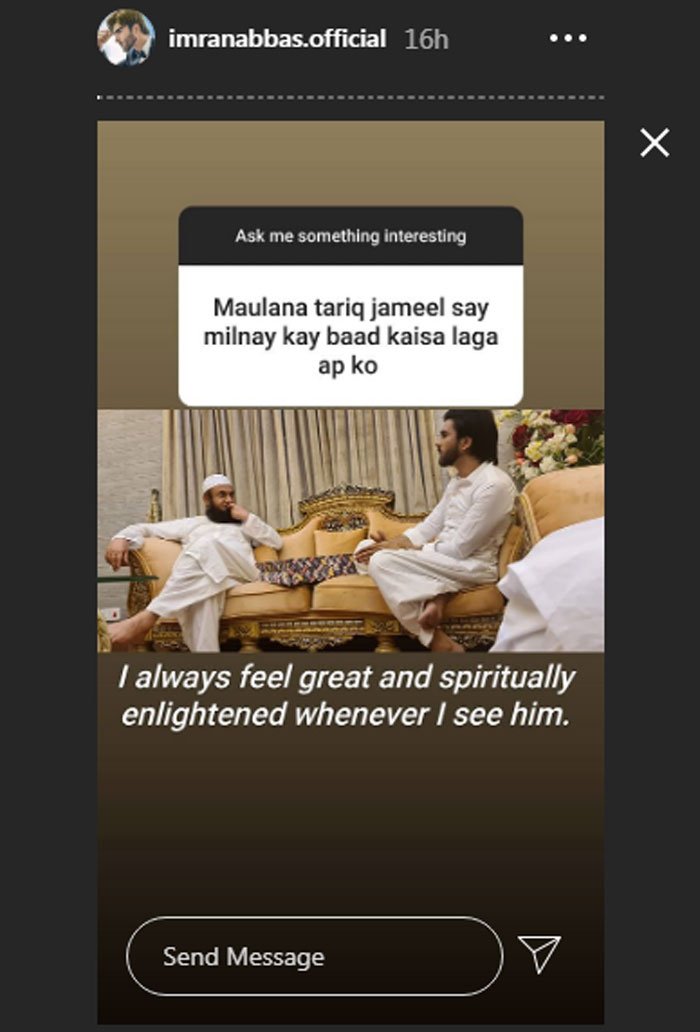 “I have to watch it since it’s the directorial debut/first movie of my ‘moo bola bhai’ Mukesh Chhabra and last movie of the very talented Sushant Singh Rajput.” 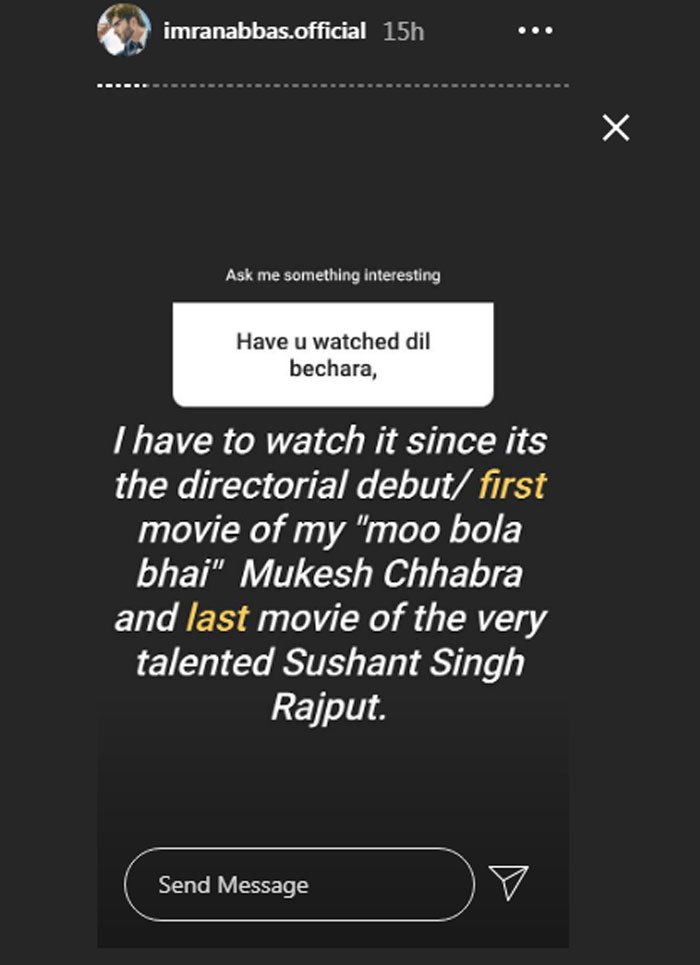 After hosting, Yasir Hussain is all ready to make his directorial debut

Katrina Kaif attributes her success to teachers and trainers

US has really messed it up in Afghanistan: PM Imran

Deeming negotiated settlement to be the only solution for the Afghan conflict,...

In an unfortunate incident, a newborn twin baby pair was kidnapped from...

ISLAMABAD: The Federal Cabinet has approved the first-ever cyber security policy for...

HMD Global has launched dozens of smartphones this week. Other than the...