Pakistani people were obsessed with actress Hania Aamir and Asim Azhar’s cute relationship. Everyone had thought that they might end up getting married soon just like their friends Iqra and Yasir, and Zara Noor Abbas and Asad Siddiqui. These three couples were seen together most of the time. But who knew that Hania’s one statement could turn Asim Azhar into a meme?

While talking to Aima Baig via Instagram live chat, Hania revealed that Asim Azhar and her are just good friends. Yes, you read it right. She friend-zoned Azhar, who everyone thought was her to-be life partner. 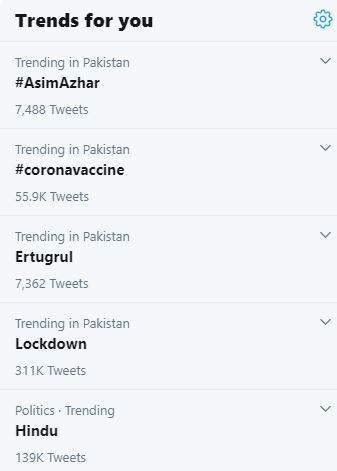 Here are some hilarious reactions of people that make #AsimAzhar to trend on top in Pakistan.

Hania Aamir reveals she is not in relationship with Asim Azhar

Actress Hania Aamir has recently confessed that she is not dating the...

And friend zoned of the year award goes to the one and only #asimazhar 😂😂 pic.twitter.com/c0rx65eGa9

Last way to save your love ! 😂#AsimAzhar
Mehboob apke kadmon me 🤣 pic.twitter.com/OLvTkFregO

Fans are drooling over Saheefa Jabbar in her latest shoot

Model-turned actress Saheefa Jabbar has recently shared some jaw-dropping snaps and she...

Shahveer Jafry discloses why he has shifted to Pakistan

Saudi Arabia's information ministry has successfully released a documentary based on frontline...

Ed Sheeran buys more property; worth rose by £4.5 to £61 million

With the aim to expand the empire, famed British singer Ed Sheeran...

Renowned US musician Tommy DeVito dies of Coronavirus complications at the age...

Prime Minister Imran Khan has said that ensuring food security is the...

The Higher Education Commission (HEC) has announced Overseas Scholarships 2021 for PhD and...

Gold price decreases by Rs700 per tola across Pakistan

The gold price has depreciated drastically in Pakistan as today, the gold...