Sarah Khan and Falak Shabir kicked off their wedding festivities with a stunning mayun ceremony on Wednesday.

The hired photographer has shared a video of the proposal and it could not be any better.

However, the newly-weds are also sharing their bliss with their fans and friends from the industry. They are the happiest newly marrieds you’ve seen in a long time!

A few hours back, both the bride and groom shared their pictures from the second day after their wedding, separately on Instagram stories.

Sarah Khan and singer Falak Shabir have officially kicked off their wedding...

From their wedding day, Sarah Khan uploaded a picture flaunting her engagement ring with a caption “I said, Yes” on her Instagram and surprised not only just her fans but the entire country.

The couple had gathered everyone’s good wishes and blessings.

Sarah Khan looked the happiest bride in a video which circulated online. Have a look.

After the couple’s Nikkah, the starlet also changed her name from Sarah Khan to Mrs. Falak.

Even the groom, Falak Shabir has tattooed “My Queen Sarah” on his forearm. 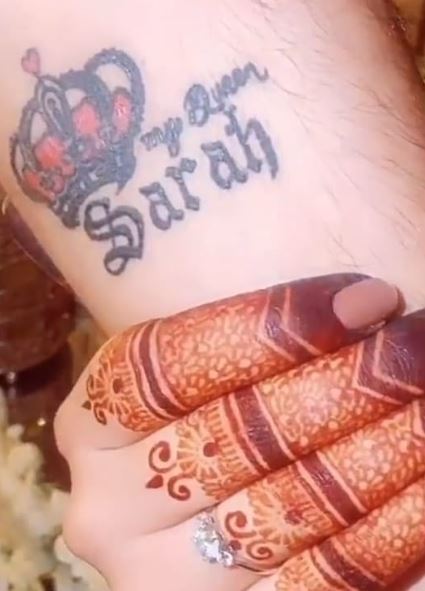 A day before their Nikkah, singer Falak Shabir was seen on his one knee in the picture posted by Sarah on her Instagram. 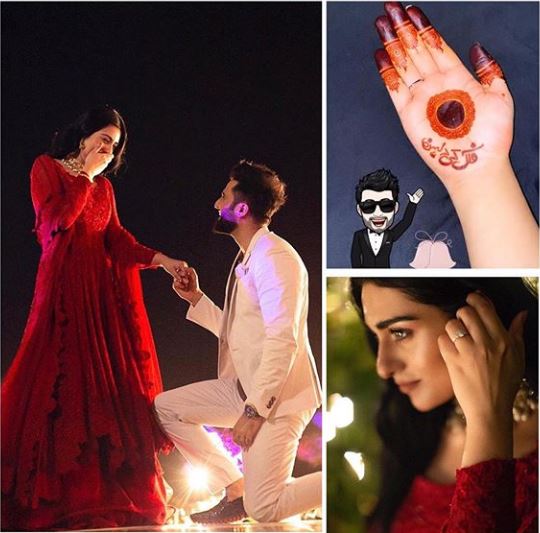 A video from Falak and Sarah’s Mehendi function made rounds on social media. The two looked overwhelmed and filled with happiness.

Moreover, Falak Shabir, on his Nikkah day, sung an adorable song for her wife, Sarah, holding her hand and praising her all over.

On the other hand, Sarah Khan’s ex-fiance, Aagha Ali, who recently got married to Hina Altaf, sent prayers towards the newly married couple on his Instagram story.

“Dua hai ke Allah Pak bohat khushiyan dein. May they have a great life ahead, Ameen,” wrote the actor.

He did not tag anyone, nor did he post any pictures – keeping the message plain, simple and well-intended.

Last year in October, the actress had been making the headlines for her rumoured relationship with Aagha Ali.

In response to this, during an interview, she admitted that she had been in love with him but he “crossed the limits” that were not acceptable to her.