After the news of Mohsin Abbas Haider’s arrest started to circulated, singer-cum-actor denied all the fake news and came live and uploaded a picture on his Insta story. 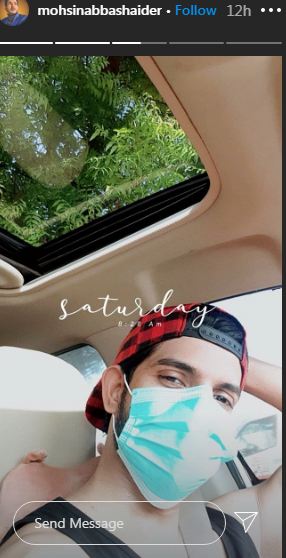 According to details, Mohsin was summoned but he FIA Cyber Crime Wing, Karachi yesterday. Mohsin told me that he had answered all of the questions asked by the FIA and was released soon after the inquiry.

The singer expressed anger over the fake news about his arrest and said,

I don’t know the reason who spread this fake news. I am consulting the legal team to take action against those who spread false news.

It should be mentioned here that in September 2019, Mohsin Abbas Haider’s ex-wife Fatima Sohail seek a divorce from him and accused him of torturing her physically and mentally.

Neha Kakkar, a singer, and judge on Indian Idol has posted a...

Pakistan Cricket Board (PCB) has announced that Pakistan and New Zealand will...