The teaser posters of the much-awaited Pakistani movie Quaid-e-Azam Zindabad has been released on 14th August.

The posters represent a girl (Mahira Khan) holding a loudspeaker and standing in front of a lion standing behind the bars. A placard is placed on the ground. The placard mentions, “Azadi sab ka Haq hai (Independence is the right for everyone). 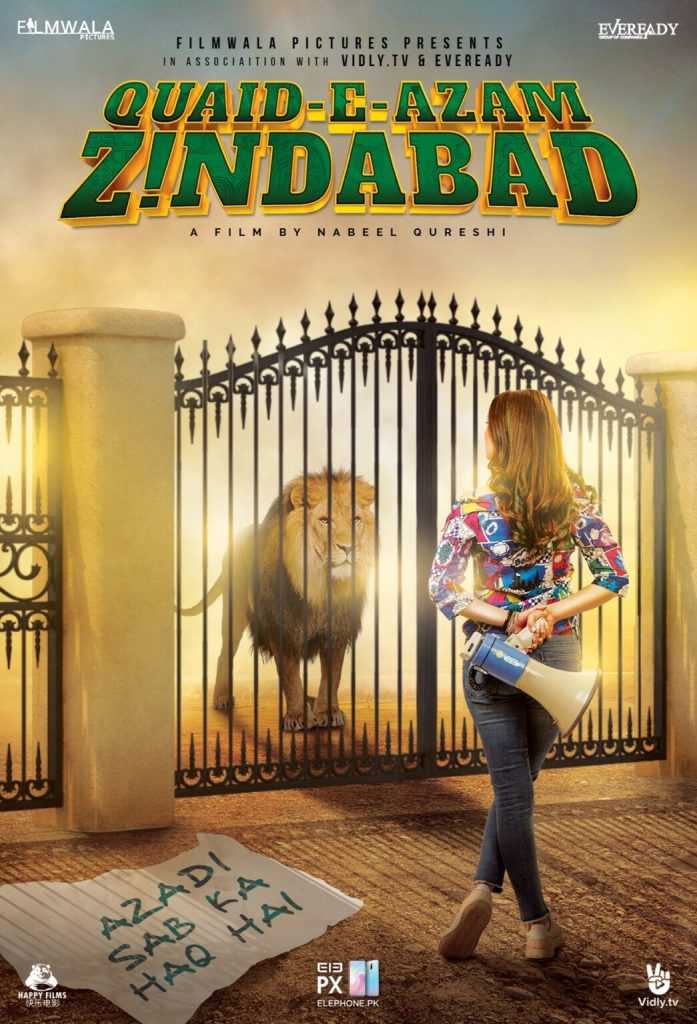 In another poster, Fahad Mustafa is seen wearing a police uniform, holding a gun in his hands and standing in front of a big bundle of money.

Quaid-e-Azam Zindabad is expected to be a super hit movie in Pakistan. It is directed by Nabeel Qureshi, whereas superstars Mahira Khan and Fahad Mustafa appear together as lead characters. The release of the movie was scheduled for Eid-ulAzha this year. But it was postponed due to lockdown imposed amid coronavirus pandemic.

However, we expect to watch this upcoming masterpiece soon as the government has lifted lockdown restrictions and have allowed cinemas to reopen. The official poster has been released.

Superstar Mahira Khan has spoken about the sleeping issue she faces. She said that she used to dream with her eyes open.

Bin Roye actress shared an animated video with a song in the background. While quoting the caption, she revealed that she has been dealing with a sleeping issue since she was a child.