Turkish actress Didem Balcin, who played the role of Selcan Hatun in the historical Turkish drama series Dirilis: Ertugrul, has become the new face of Pakistani clothing brand Maria B.

According to the details, the Pakistani designer Maria is currently in Istanbul, Turkey for her winter Linen campaign’s shooting.

The designer surprised her followers and Didem’s Pakistani fans when she shared photos and videos with the Turkish actress.

On the other hand, the Turkish actress also praised Pakistani hair and makeup artist Shoaib Khan on her Instagram story. Balcin wrote,

“He is a very good name artist”. 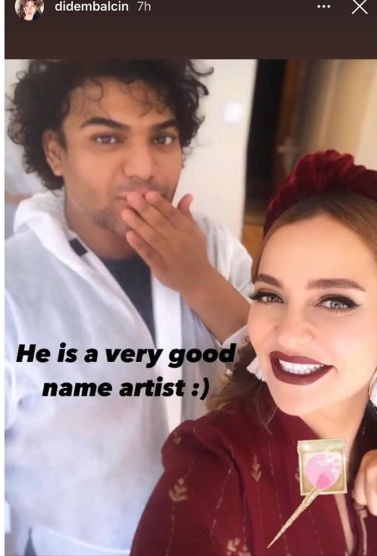 Balcin depicted the role of Ertugrul’s sister-in-law in Dirilis: Ertugrul, which is also being aired by Pakistan Television on Prime Minister Imran Khan’s directives.

Ben Affleck opens up about his alcoholic past

Hollywood celebrity Ben Affleck has opened up about how an alcoholic past...

Renowned American actor Dwayne Johnson, who became the the most followed man...

Navin Waqar, one of the stylish and talented actresses of Pakistani showbiz,...

Key Points: - Media Fraternity has been protesting since months over the...

A magnitude 5.2 earthquake shook Swat and its adjoining areas of Khyber...

CNG stations to remain shut for 3 days across Sindh

All the compressed natural gas (CNG) stations in Sindh will remain closed...