Turkish actress Esra Bilgic aka Halime Sultan in modern look in an episode of her romantic drama ‘Ramo‘. 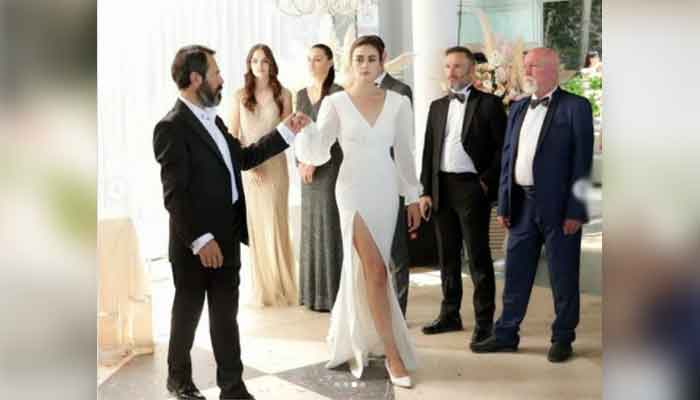 Ertugrul’s Halime Sultan looks stunning in glamorous in a brilliant white gown. She styled her look with a perfect hairdo for the scene of her new drama.

Esra, has demonstrated her outstanding performance and charming beauty, shared pictures of her romantic scenes from ‘Ramo’ on instagram and wrote: “Esra from next episode 13 13 …” 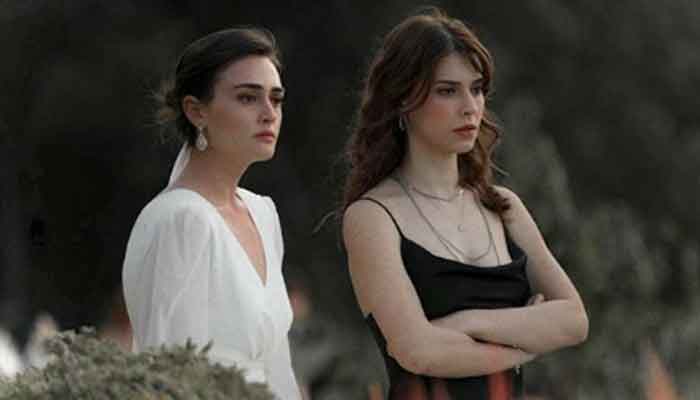 The Turkish star wore a glamorous gown for a couple dance with her co-star from Ramo. She wore a white heels with the look.

Her gorgeous looks in the drama has already attracted huge applause from the fans who want to see their favourite star in every role.

Esra Bilgic has become much popular in Pakistan after the broadcast of ‘Dirilis: Ertugrul’.

Model Farwa Kazmi initially did the mistake and took her flu lightly...

No one can carry a saree like Saboor Aly does

One of the most versatile actresses in Pakistan's entertainment industry Saboor Aly...

Why people are making fun of Sadaf Kanwal?

Model turned actress Sadaf Kanwal has always been an easy target of...

On Wednesday, Cem Ucan, who gained popularity after playing the role of...

This Pakistani makeup artist can transform himself into anyone

There is no doubt that Pakistanis are full of unique talent. Every...

Model Farwa Kazmi initially did the mistake and took her flu lightly...

Saudi Arabia has announced to end the Kafala system and replace it...