Iqra Aziz shares her experience of working with Noman Ijaz

Iqra Aziz shares her experience of working with Noman Ijaz

‘Suno Chanda’ actress took to Instagram and said that she is lucky enough to work with Noman.

She shared a photo and said, “I am very lucky to have the opportunity to work with you and enjoy your sarcasm. You’re a legend who has entertained us for more than 32 years now and still you don’t have that attitude.”

She added, “I’ve never been happier, thank for all the memories I’ll cherish for the rest of my life. Chalty phirty school hain ap (You are walking institution)”. 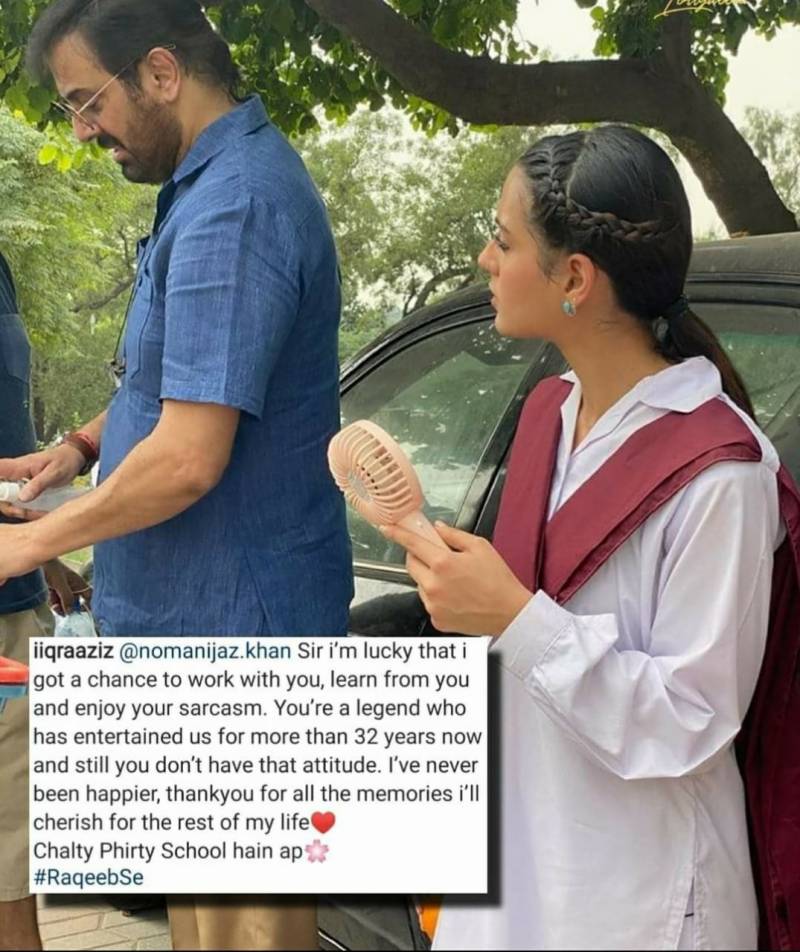 Earlier, Noman faced controversy because of the comments he made.

Veteran actor Noman Ijaz has left Twitter ablaze after proudly admitting of having extramarital affairs and ‘cleverly’ hiding them from his wife.

During an interview on with Iffat Omar, the actor spoke about love and betrayal and confessed that his wife is oblivious about him cheating on her.

However, Noman Ijaz faced heavy backlash from netizens over the contentious statement given by him, in light of him previous controversial remarks about the #MeToo movement.

This man in one interview says he often cheats on his wife & he’s such a great actor that she never finds out. When iffat asks him about #MeToo he dismisses the movement and says “yeh sab deen say dori hai”
Pakistani men are just work of art! pic.twitter.com/9knbMAne4Y