Jannat Mirza has managed to impress the masses with her lip-synching videos and is ranked number one in the TikTok world.

Recently, she took to Instagram to reveal that her TikTok account has been ghost-banned by the app.

She shared that she witnessed a major drop in in the number of followers as well.

The TikTok star said that she will quit soon. She’s disappointed at how all her content has been put under review as she shared screenshots of the message. 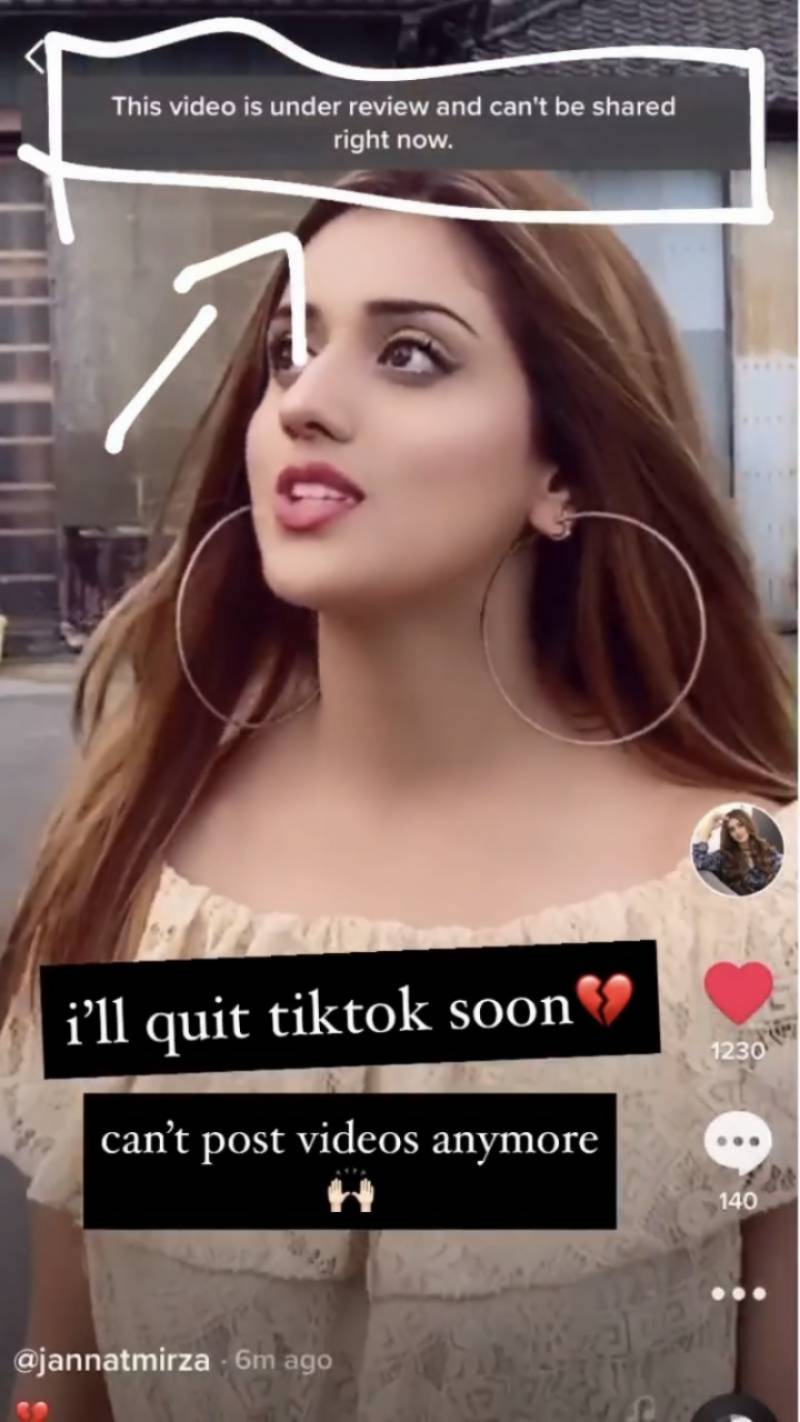 On the other hand, Mirza will soon be making her appearance as lead role in a Pakistani film. Directed by Syed Noor the film will shoot in a village and veteran actress Saima will also play the role of her mother.

Bilal Saeed's One Two Records on Friday released a new song by...

‘Concrete Cowboys’: Idris Elba all set to win hearts of his fans at Netflix

The most prominent English actor Idris Elba is all set to win...