Indian and Pakistani celebrities are often seen expressing their love and compliments for each other despite the close-border hate.

Belonging from the same entertainment fraternity, the celebrities leave a chance to show each other support. Recently, Pakistani actress Sajal Aly uploaded mesmerizing pictures in a blacktop.

The post garnered endearing replies from her fans and followers, as the Rangreza looks stunning in the pictures.

Bollywood actress Jhanvi Kapoor, who made her debut in Dhadak could not control herself and praised Sajal’s beauty.

The Gunjan Saxena actress sends multiple hearts for the Pakistani actress in the comments section. 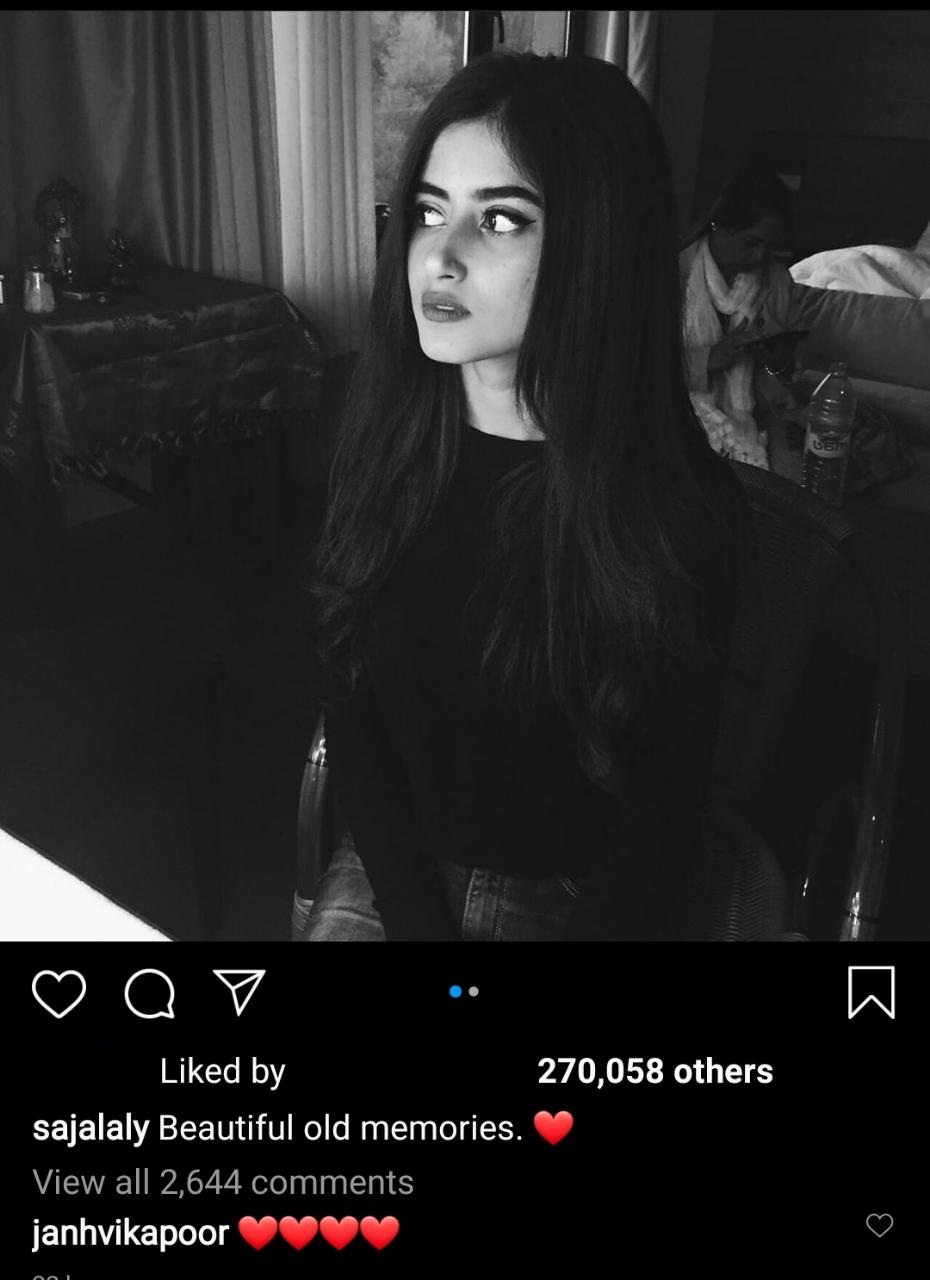 Earlier, Sajal uploaded a picture on her Instagram account, the picture receives thousands of likes and comments, but what makes the picture special is her mother-in-law Samra Raza Mir’s comment.

She praised the picture and wrote,

One of Pakistan's most versatile and beautiful actress Sajal Aly has posted...

Hailey Baldwin, the wife of famous Canadian Singer, Justin Bieber, has been...

Actress Minal Khan was slammed by netizens for her latest photoshoot with model...

Pakistani actress Ayeza Khan has been the face of many Pakistani clothing...

How Imran Abbas is enjoying his time in Turkey?

Pakistani actor Imran Abbas is recently enjoying his vacations in Turkey. The...

Good news for all Umair Jaswal and Sana Javed fans. Both the...

How to apply for Dubai visa

Want to go to Dubai for vacations? Here are simple ways how...