Famous Pakistani actress Sajal Aly has slammed a netizen who tried to school her for covering up and moral values.

According to the details, the Alif actress wrote on social networking site Instagram in reply to the user who asked her to cover up as it is the reason behind increasing cases of abuse and harassment in the country. Sajal replied, 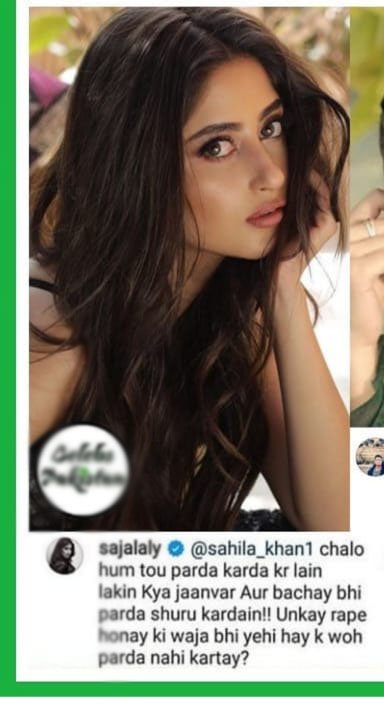