Neslisah Alkoclar knows how to keep it stylish in long dresses

A four-year-old collapses during a roller-skating race. See what happened next

Esra Bilgiç appeals for prayers for forest fires in Turkey

Neslisah Alkoclar knows how to keep it stylish in long dresses

Neslisah Alkoclar, the wife of leading Turkish actor Engin Altan Duzyatan, shared a new picture on her Instagram account that has taken the internet by storm.

Neslisah posted a group photo with her friends wearing a black sequence dazzling dress. She captioned the post in the Turkish language which translated into English means,

“With my 30-year-old friends.” The post has garnered thousands of hearts within no time.

Earlier, Engin Altan Duzyatan also shared his breathtaking picture in a black three-piece suit. In the picture, the actor could also be seen holding a black mask in his hands. 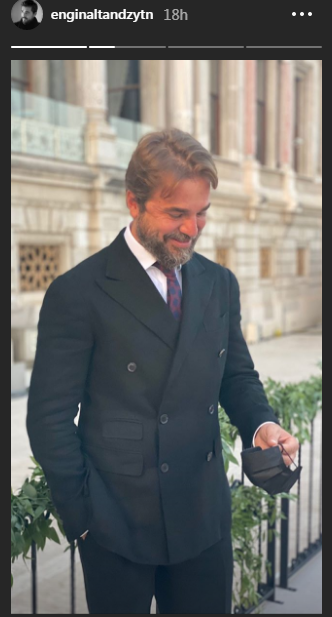 Movie review: The Last Letter from your Lover

Beauty: Skincare essentials you need to own this summer

LAHORE: The agricultural markets across Punjab are being reformed to give farmers...