On Wednesday, Cem Ucan, who gained popularity after playing the role of Aliyar Bey in the Turkish historic drama Dirilis: Ertugrul, wished his fans on the occasion of Eid Milad-un-Nabi (SAW).

Muslims in Pakistan will be celebrating the holy event of Eid Milad-un-Nabi (SAW) on Friday. The government has also announced a public holiday on the pious occasion.

The Turkish actor took to his Instagram and greeted his Muslim fans in the Turkish language. 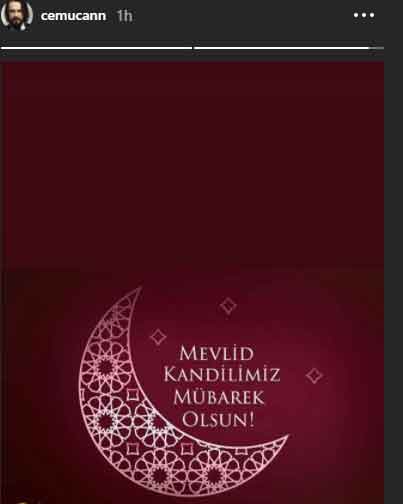 Kandil means the five Islamic holy nights, celebrated in Turkey and many other countries, related to the life of Holy Prophet Muhammad (SAW).

Earlier, Turkish actor 3, expressed his wish of visiting Pakistan as soon as possible.

Prime Minister Imran Khan has said that due to effective intervention of...