Actress Sana Javed has the perfect advice for you

Pakistani actress Sana Javed on Wednesday took to her Instagram to release inspiration for all those who are feeling a bit low or are having a bumpy day.

In her Instagram story, the Khaani actor has insisted her fans to never give in to the blues and keep their spirits up. “Having a rough day?
Place your hand at the heart. Feel that? That’s called purpose. You are alive for a reason!” 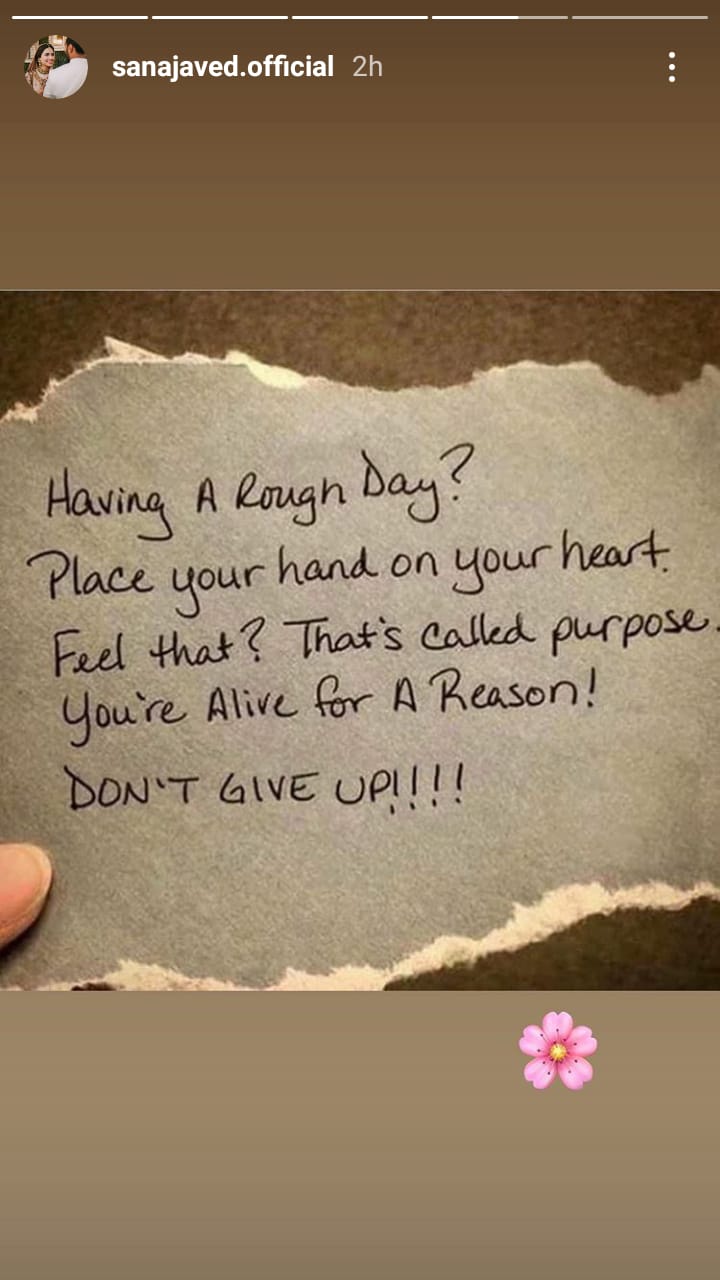 The actress has been actively seen sharing motivational posts and inspirational speech marks for her fans and takes interest in other developing issues of the country.
Previously, she had paid rich tributes to healthcare professionals for their hard work, efforts, and sacrifice during the coronavirus pandemic.

Sana Javed is a Pakistani actress. She is known for her roles in the television series Ruswai and Khaani. She made her film debut with the socio-comedy film Mehrunisa V Lub U opposite Danish Taimoor in 2017