Famed US singing sensation Ariana Grande, who had slammed social media influencers for partying during the pandemic, has launched a new website to rescue stray animals.

The Rain On Me singer revealed on her Instagram that she has now her own Orange Twins Rescue website for her animal rescue initiative.

Ariana on her account, posted a Windows screen featuring Orange Twins Rescue logo. She wrote, “We are so happy, proud and excited our site comin soon follow @orangetwinsrescue for more.” 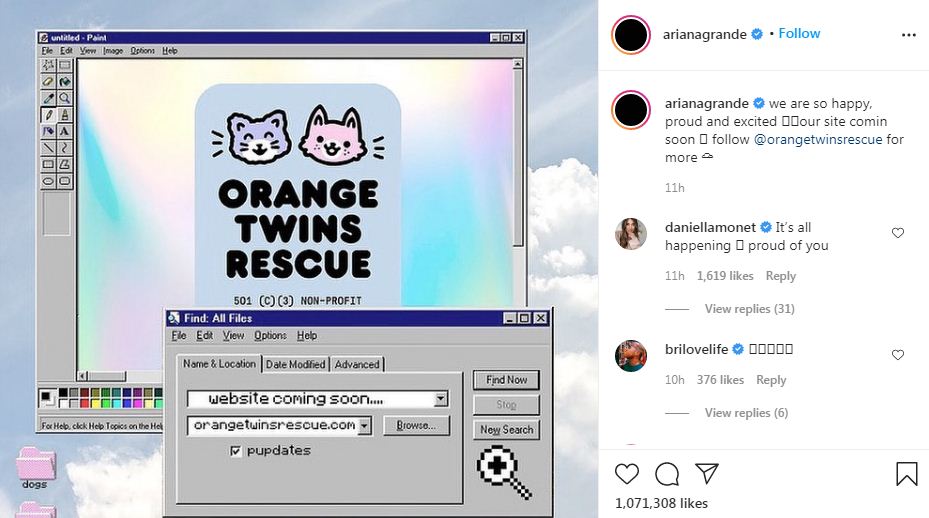 The star is known as an animal lover as one of her dogs Beagle-Chihuahua Toulouse, was also seen in the video of her hit song Seven Rings.

Leading actress Mehwish Hayat says that many films were offered by Bollywood...

KARACHI: In line with the selloff in global equity markets, the local...