Bella Hadid confesses she wears her dad’s shirts and jackets

Bella Hadid seems to be keen on sharing things with her family. She recently made a cute confession.

The supermodel posted her photos on Instagram stories after her father Mohamed Hadid celebrated his birthday.

In one of the captions, she confessed that she wears her dad’s shirts.

“If you think I am wearing my dad’s shirts n jackets every day it’s because I am”. Bella seems to be giving major father-daughter goals. 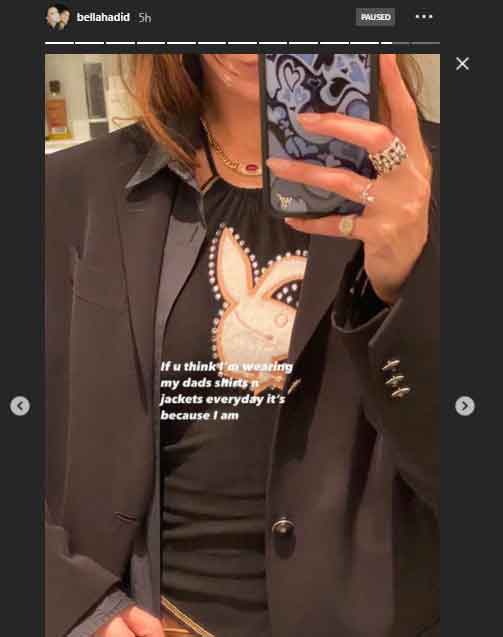 American model Bella Hadid is reportedly in a relationship with Duke Nicholson, the grandson of Hollywood icon Jack Nicholson.

According to reports, she has been secretly dating Duke Nicholson since last month when the two were spotted heading to New York together.

Bella Hadid had been joined by her beau for her birthday weekend getaway as well as she jetted off for a vacation recently with some of her closest pals.