The Rap artist, Belcalis Marlenis Almánzar professionally known as Cardi B released an apology for wearing the look of Goddess Durga on the cover of a footwear magazine. 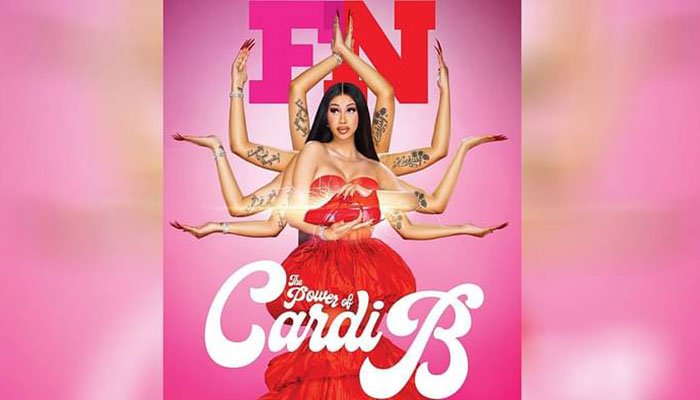 The November cover of Footwear News starred Cardi B posing with 10 hands and holding a shoe to endorse her latest Reebok partnership. Some netizens criticized Cardi B for “cultural appropriation “and” disrespecting religion. 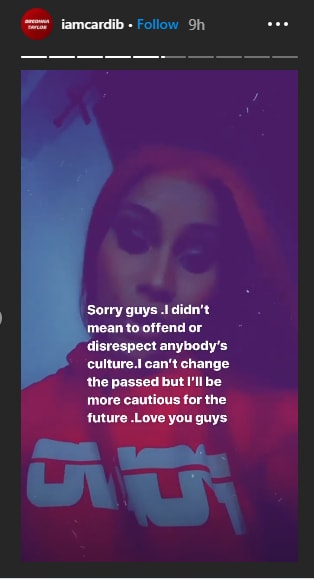 Cardi B addressed the outrage through her Instagram story and wrote, “Sorry guys, I didn’t mean to offend or disrespect anybody’s culture. I can’t change the passed but I’ll be more cautious for the future.”

The post which is now deleted from Instagram showed Cardi B paying tribute to the Goddess Durga who is the symbol of emotional strength and protection from evil.

“When I did the shoot, the creator told me you are going to represent strength, femininity, liberation and that’s something I love and I’m all about it. And I thought it was dope. If people think I’m offending their culture or their religion, I want to say it was not my intent. I do not like offending anyone’s religion. I wouldn’t like it if someone did it to my religion,” the rap star further continued in her Instagram stories.

People are saying Cardi B is paying homeage to our hindu goddess Durga. So as a Hindu I want to say that:
1-Wearing a shoe in a temple is prohibited
2-Durga maa is not to be used as an aesthetic
3-Durga maa is NEVER depicted bare bodied
4-THIS. IS. NOT. HOMAGE. IT'S. DISRESPECT. pic.twitter.com/K4QFa431tP

I wanna dare cardi b to actually release THAT picture alongside Durga's picture in india. and then face the reaction with a straight face

Cardi b did not pay “homage” to the Hindu goddess Durga by holding a shoe in her hand, this is plain disrespect and in no way cultural appreciation. she can’t getaway with this without addressing and apologizing for mocking our culture pic.twitter.com/ZLVcz0mBlB

Popular K-pop band BTS won each of the four honours it was...

Good news for BTS ARMY as Grammy’s of BTS has come to...

Grammy Nominations 2021 - Music lovers are excited all over the world...

Urwa Hucane has looted everyone's heart by sharing her latest pictures in...

The Film and TV actress Veena Malik and her ex-husband Asad Khattak...

UAE Dirham and Other Currency rates in Pakistan, 25 November 2020

Saudi Riyal and Other currency rates in Pakistan, 25 November 2020

Karachi: Today’s SAR to PKR buying exchange rate given below as per...