Gigi Hadid gets set for ‘The Crown’ binge-watch

Just like all of us, after the announcement of The Crown’s latest series, fashion model Gigi Hadid also kept her eyes glued to her TV.

The fashionista, 25, took to her Instagram, telling the world not to annoy her by contacting her because she is too occupied binge-watching the original Netflix film.

After finding the post relevant Hadid reshared it and captioned, “I second this”. 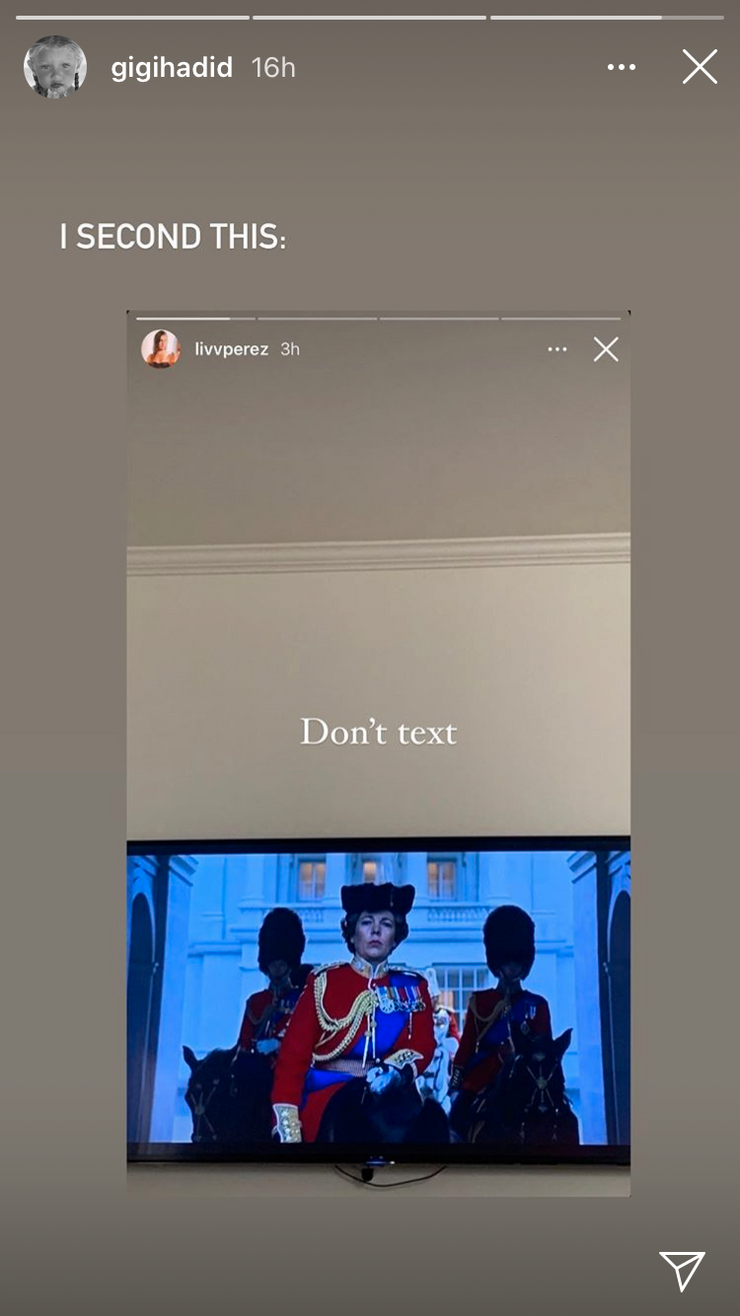 Although the starlet has yet to express what she thinks of the exciting latest series, it will not prevent the rest of the world from griping about it as the royals are primarily blasted by its entrenched toxicity that made Princess Diana’s life a living hell.

Supermodel Gigi Hadid left her fans in awe she she shared an...