Anyone who watches Pakistani dramas is fully acquainted with Iqra Aziz, therefore, she needs no introduction.

The actress and model made her presence felt in a short span of time in the industry due to her confidence and great acting skills. She is also known for her outspoken personality. Despite all the criticism she faced because of her personal life, she stood strong.

The plot revolves around Akhanda Tripathi, also known as Kaleen Bhaiyya, because he deals with the buying and selling of rugs and carpets. Akhanda is a don who rules Mirzapur.

Mirzapur is the story of how two young boys nervously and unwillingly enter the underworld. A world where firing a gun is considered fun and usurping someone else’s position is the only motivation. How these two stand up against the lord of Mirzapur is what this web series is all about.

The web series is enjoyed in Pakistan the way we enjoy most things coming out of Bollywood: as pure, unadulterated entertainment. It gained quite a lot of fame among the youth of Pakistan. 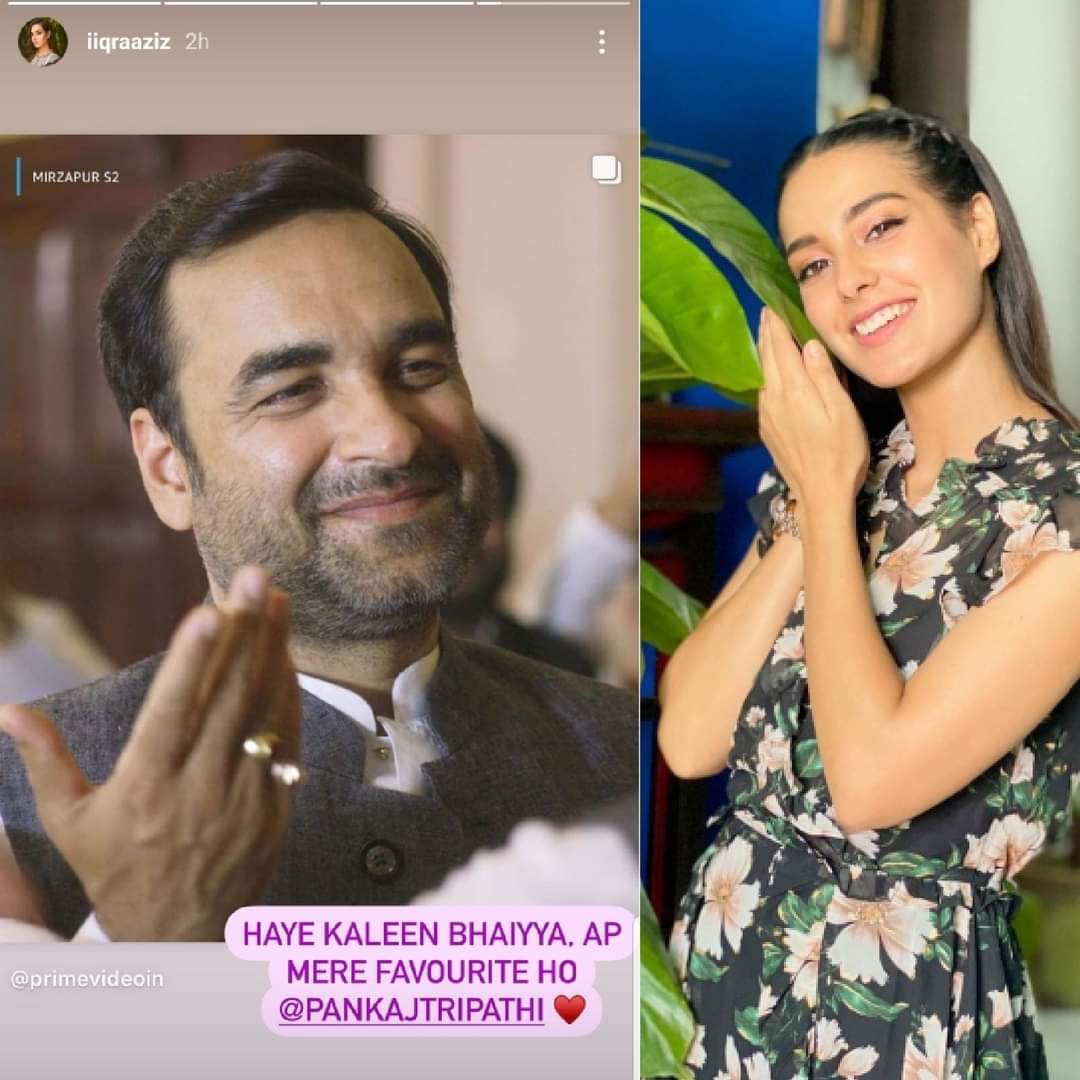 Yasir Hussain and Iqra Aziz are one of the most talked-about celebrity couples...