Pakistani actress Hania Aamir has shared her cute childhood photo on her Instagram account and garnered love from her fans and followers in the comments section.

“Not much has changed”. 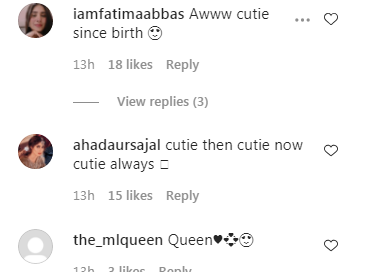 Hania Aamir is one of the versatile actresses in Pakistan’s entertainment industry.

Apart from being an actor, Hania is a model as well as a singer. Her journey is exciting as initially she used to make dubsmashs, a New York-based video-sharing social media service application, and uploaded them on her social media accounts.

Her beauty and talent grabbed the attention of the media giant, Imran Kazmi, and offered her a role as a supporting role in the Pakistani blockbuster movie Janaan that released in 2016.

Known for her bubbly nature, Hania Aamir is one of the versatile...

The Federal Investigation Agency (FIA) on Sunday arrested a group of individuals...