Popular American television personality Hailey Bieber recently became the talk of the town as rumors spread that she is pregnant.

However, she broke her silence and confirmed that she is not pregnant.

On Thursday, she took to Instagram and criticized US Weekly. She urged the magazine not to spread false news.

Singer Justin Bieber’s wife shared an Instagram story and urged the magazine to focus on the US Election.

“what is important aka The Election”

“Since I know you guys were about to break your lil story @USWEEKLY. i’m NOT PREGNANT,” the model who married Canadian singer Justin Bieber in 2018.

“So please stop writing false stories from your ‘sources’ and focus on what’s important aka election,” she added. 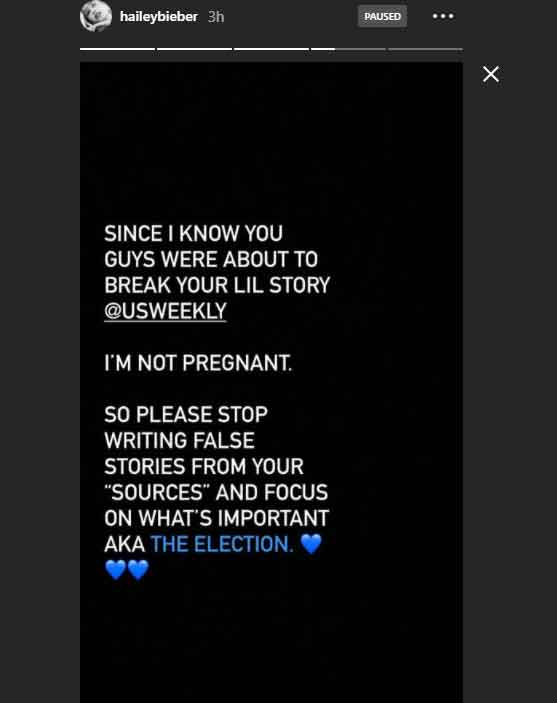 Keanu Reeves - from a 90's heartthrob to a cult hero

ISLAMABAD: Pakistan and Hungary have expressed the desire to further strengthen cooperation...

Keanu Reeves – from a 90’s heartthrob to a cult hero

Born in Beirut and raised in Toronto, Keanu Reeves is best...

Minister for Information and Broadcasting Chaudhary Fawad Hussain has lambasted the Indian...