Is Sadaf Kanwal a good singer? Watch the video to decide

It seems like netizens never miss a chance to troll Sadaf Kanwal. Recently, the model turned actress has been slammed by social media users after she sang a famous song “Humsafar“.

Her video of singing one of the popular songs, sung by Q-B, took the internet by storm and recieved an immense amount of hatred from the people on different social media platforms. 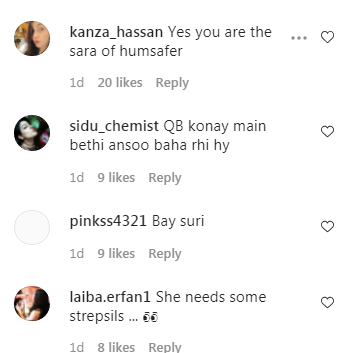 The Alif actress knows how to rock every attire either it’s ethnic or western, Sadaf knows how to look amazing in every dress.

Known for her beautiful eyes and thick eyebrows, Sadaf came under hot fire after she tied the knot with Shahroz Sabzwari earlier this year. Many of the netizens criticized her but Sadaf kept her calm and ignored everyone like sunglasses ignores the sunlight.

Why people are making fun of Sadaf Kanwal?

Model turned actress Sadaf Kanwal has always been an easy target of...

On Friday: Today Bitcoin Price in Pakistan (Bitcoin to PKR) – This...

The opening edition of the 2020 Lanka Premier League, a T20 franchise...