Minal Khan celebrating birthday; misses her twin Aiman as she is out for vacations

As Aiman is enjoying her vacations in Turkey with husband Muneeb Butt, Minal has been spotted celebrating her big day with family.

In a video posted by Huzaifa Khan, brother of the birthday girl, the Jalan starlet can be seen cutting the birthday cake. 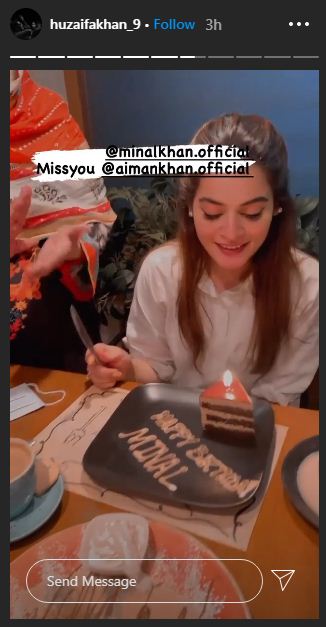 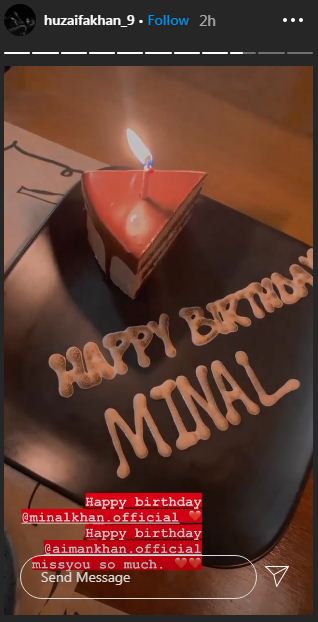 The internet is home to some of the world’s greatest jokes and...

Earlier, Minal had shared an adorable picture on Instagram with herself and her twin sister with the caption ‘November babies’.

Her sister Aiman had amassed 7.5 million followers on Instagram, far ahead of stellar actress Mahira Khan.

Furthermore, Minal had made her acting debut as a child star in Kaash Main Teri Beti Na Hoti.

On the work front, she currently stars in drama serial Jalan alongside Areeba Habib, Emad Irfani and Nadia Hussain.

The actress has showcased an innocent girl who is dominated by her evil “Nand”. The cast includes Shahroz Sabzwari, Aijaz Aslam and Faiza Hassan in the lead roles.

Sanam Chaudhry wishes husband on birthday in the most romantic way

Sanam Chaudhry has celebrated her husband Somee Chohan's birthday and posted a...

The Spokesperson of the Foreign Office, Zahid Hafeez Chaudhry has said that...