Famed singer Taylor Swift has added another achievement to her cap as she is being announced Songwriter Of The Year at the second Apple Music Awards.

Taylor Swift has launched a surprise 2020 album Folklore that debuted at number one on the Billboard 200 chart, making her the first female artist to have seven consecutive number-one albums in the US.

Folklore also holds the title of the first 2020 album to sell more than one million copies.

“Winning Songwriter of the Year in any capacity in any year would be so exciting, but I think it’s really special because this particular year was a year where I really feel like songwriting was the one thing that was able to keep me connected to fans that I wasn’t able to see in concert,” said Swift in an acceptance speech. 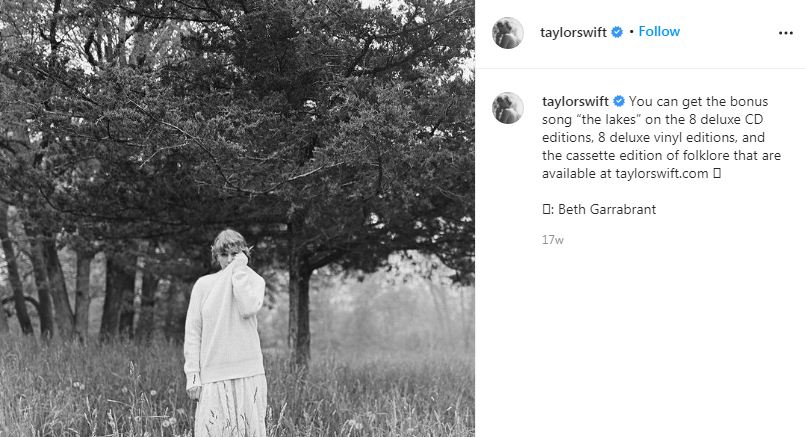 Swift went on to thank her fans for keeping her going through this tough year. “My songwriting, and the way that fans respond to the songs I write, and that kind of emotional exchange is what I feel like has really kept me going this year. And I really want to say thank you to the fans for that,” she said.

Song Folklore was written and recorded during the quarantine period.

The album had also bagged People’s Choice Awards, nominating the singer in three award categories: Female Artist of 2020, Album of 2020 for Folklore, and Soundtrack Song of 2020 for Only the Young on Miss Americana.

Singer Taylor Swift has financially supported a University student by donating him...

Taylor Swift uncovers a ‘big secret’ about her song ‘Folklore’

The vocalist Taylor Swift uncovered a big secret about her song, Folklore....