What is Ayesha Omar missing after returning to Karachi?

Ayesha Omar, one of the highest-paid actresses in Pakistan, is back in Karachi and missing her mother’s home cooked food badly.

Taking to her Instagram account, the Zindagi Gulzar Hai actress uploaded a picture of her mother while talking on video and wrote,

“Missing my mom. [I am] back in Karachi and missing the house being filled with the aroma of mama kai hath kai Daal Chawal and mirchon ka achaar.” 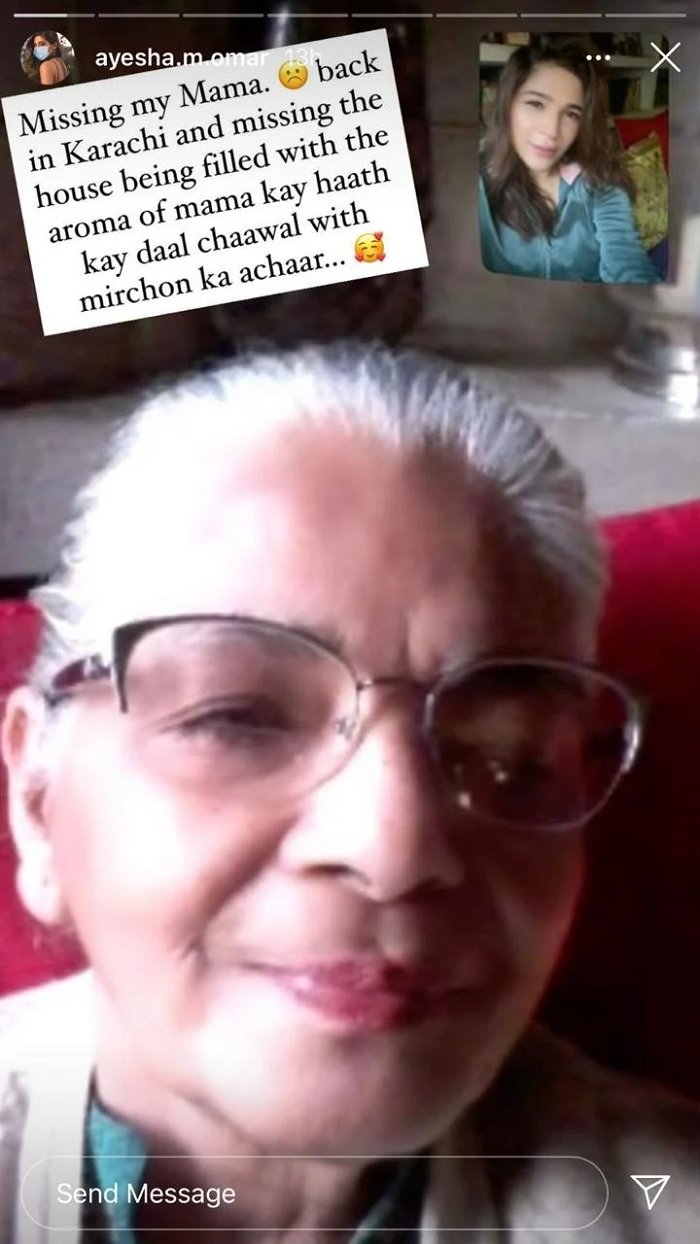 She also received popularity for her other dramas; Zindagi Gulzar Hai, Tanhai, and Dil Apna Aur Preet Parai. Her work is widely appreciated among the audience and has made her listed as the highest paying actress in Pakistan.

Mehwish Hayat bashes matchmakers over juicy headlines about her marriage

After actress Mehwish Hayat's hint over her marriage went viral all over...

Chadwick Boseman: Remembering the legend on his 44th birthday

Actor Chadwick Boseman, who is renowned for his role as ‘Black Panther’...

Muhammad Mustafa Abbasi is no less than a sweet cotton candy; take a look!

Dawid Malan on Sunday made it possible for England in a match-winning...

Eleven of a family dead, 4 wounded as truck overturns in Sukkur

Eleven of a family died and four others sustained wounds after a truck...