Netizens criticized Falak and Sarah for expressing love all the time

Netizens criticized Falak and Sarah for expressing love all the time

Falak Shabir and Sarah Khan are raising the “couple goals” bar for the world, as the couple never fails to express their love for each other, however, this time, netizens have had enough of it.

Recently during a shoot, a video of Falak has gone viral on social media in which he could be seen singing his own superhit song Ijazat for his beautiful wife Sarah Khan but people are simply not liking it.

Many netizens are now tired of their love as they expressed their thoughts in the comments section. One of the users wrote,

Here are some other comments! 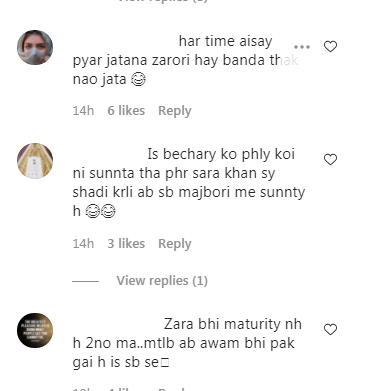 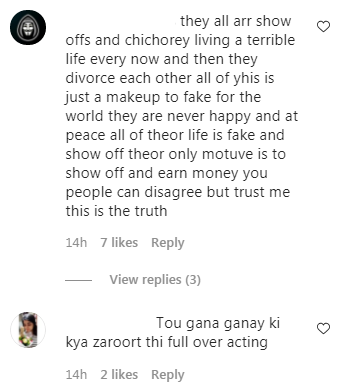 After hosting, Yasir Hussain is all ready to make his directorial debut

Katrina Kaif attributes her success to teachers and trainers

ISLAMABAD: The Federal Cabinet has approved the first-ever cyber security policy for...

HMD Global has launched dozens of smartphones this week. Other than the...

KARACHI: The JS Bank, in collaboration with the Sindh government and deputy commissioner South...

ISLAMABAD: The National University of Sciences and Technology (Nust), in collaboration with...