The famous Pakistani actress, Noor Bukhari, who turned towards religion leaving behind showbiz, has come under fire for hypocrisy.

She faced criticism for putting up stories on her Instagram in which she is setting up a Christmas tree with her children. They all gathered around a large tree on which they excitedly put ornaments and decorations. 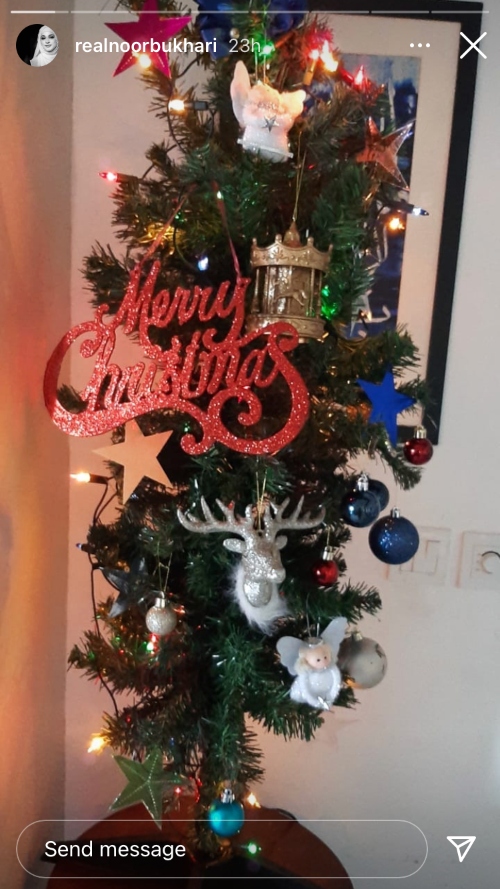 Though the excitement may be in the festive season’s spirit, not everyone is eager to celebrate due to the pandemic.

Celebrating Christmas, otherwise, is always a contentious issue. However, Noor Bukhari’s celebration of it was criticized more. She is a figure who is always advocating for the Islamic way and beseeching others to follow suit.

The comments were full of accusations, allegations, and a whole lot of fingers were pointed at her for her act. 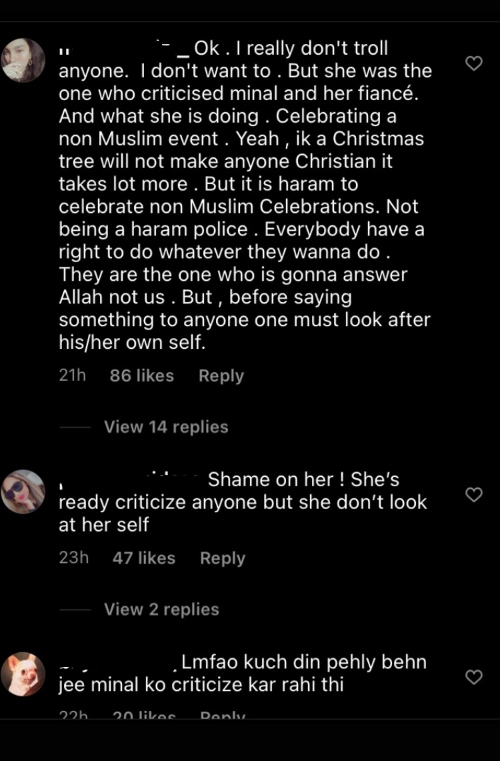 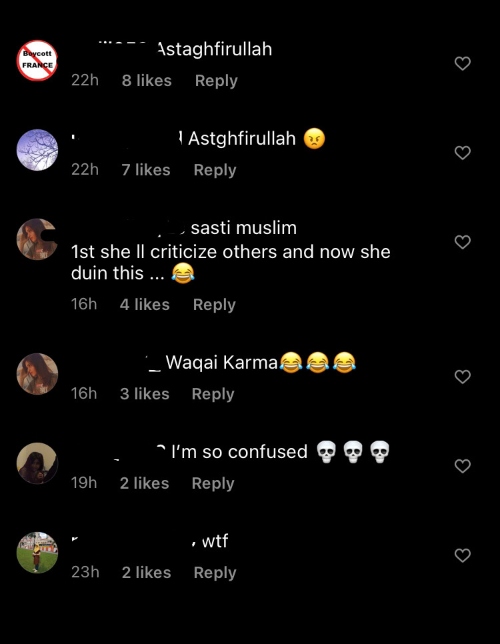 Noor Bukhari has also been charged for hypocrisy over her recent remarks on Minal Khan and Aiman Khan. After Minal Khan posted pictures with her alleged beau, Ahsan Mohsin Ikram, the whole Internet was put in a frenzy.

Her tweet was a direct attack, and she accused the sisters of “misleading the youth.” It seems Noor Bukhari truly has landed herself in a jam because people are now asking her if it’s religiously permitted to celebrate Christmas.

The actress stood up for herself on her social media. She justified herself through her Instagram stories  in which she suggested that Christmas celebrations increase tolerance. She wants her children to grow up respecting other religions. Hence, she celebrates Christmas. Though it may make sense, it is a fallacious argument at heart. 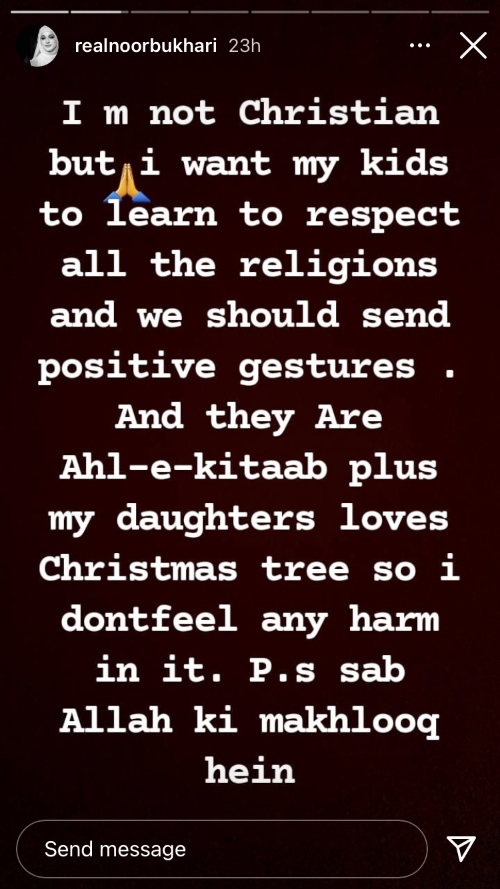 Pakistan's famed singer Ali Zafar is in the spotlight for a controversial...

Hamza Ali Abbasi is the most popular actor in the Pakistani media...

Hareem Shah grabs attention as she spotted wearing a swimsuit

Popular TikTok star Hareem Shah, who is quite famous due to her...

Duke and Duchess of Sussex Prince Harry and Meghan Markle in honour...