The world’s largest cinema operator, AMC Entertainment Holdings continued expansion drive in Saudi Arabia as it has opened the sixth cinema in the Kingdom, as a part of its ambitious plans to open cinemas in different 50 locations by 2024.

After more than three decades, the Kingdom had allowed reopening the cinemas for the first time in April 2018. AMC established the Saudi Cinema Co. (SCC), a joint venture with Saudi Entertainment Ventures (SEVEN), set up by the Public Investment Fund (PIF) to flourish the Kingdom’s entertainment sector.

The new cinema was opened for the public on Thursday at the Azizia Plaza in southern Riyadh. It was SCC’s fifth theatre in the Saudi capital, with the sixth located in Hafr Al-Batin.

According to the details, the new cinema offers the public five-star food and beverages services, 4K Barco laser projectors, immersive surround sound, and Luxe recliner and plush rocker seating. Moreover, every seat also comes with a table and a USB charging port. 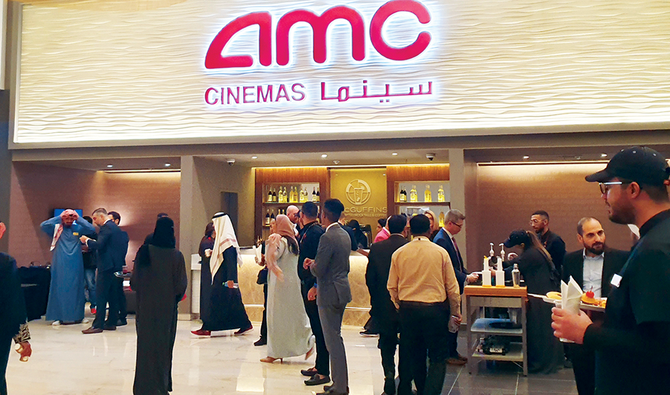 At the opening of the cinema, the CEO and managing director of AMC cinemas, John Iozzi, said,

“It gives us great pleasure to have opened our newest location in the Kingdom. AMC Azizia Plaza 3 is part of our continued expansion across Saudi Arabia and we are excited to bring our brand of the first-class cinema experience to a new audience.”

“We are committed to supporting the goals of Saudi Arabia’s Vision 2030 plan to improve the choice and quality of entertainment under the Quality of Life Program. We will continue to provide innovative, luxury cinema formats for every taste as part of our ongoing development program across the Kingdom,” Iozzi said.

SCC has set a target to open 20 theaters by the end of 2021 and reach its goal of 50 outlets and 500 screens across the Kingdom within four years.