Video: You will want husband like Falak Shabir after watching this

Singer Falak Shabir is one of those celebrities who does not hesitate to express love for his wife in front of the whole wide world.

It seems like actress Sarah Khan loves flowers, especially roses, as the Ijazat singer has always been seen giving a beautiful bouquet of roses to his wife on different occasions. 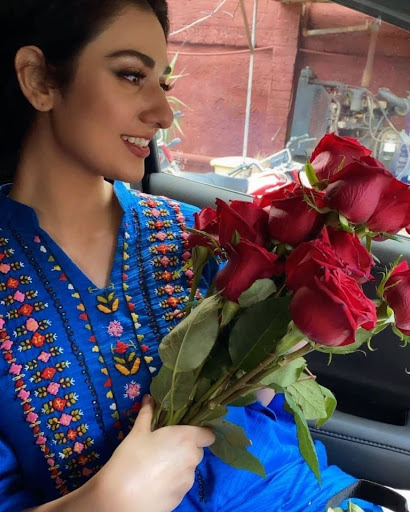 This time, Falak Shabir gave roses to Sarah Khan in the most beautiful way and at the most mesmerizing location ‘beach’.

The slo-mo video of the singer is going viral on social media and everyone, especially women are going gaga after witnessing the romantic moment.

Here is another video.

Earlier, the couple was spotted enjoying a romantic time at the sea and shared multiple pictures on social media.

Pakistan got a major relief on Tuesday, as the United Arab Emirates...