Pakistan’s famed singer Ali Zafar is in the spotlight for a controversial Chicken Karahi recipe. The recipe was something that the internet was not ready to handle as he proceeded to boil the meat instead of the usual frying method.

The unorthodox method sent Twitter into a meltdown, with many questioning Ali Zafar’s bad cooking skills in the kitchen.

He proceeded to add onions, tomatoes, spices and finished it off with lemon slices, ginger and coriander, again sparking confusion as he did not follow the traditional method.

Later, he boiled the chicken which seemed torn and tattered in the end.

Have a look at the reactions by netizens: 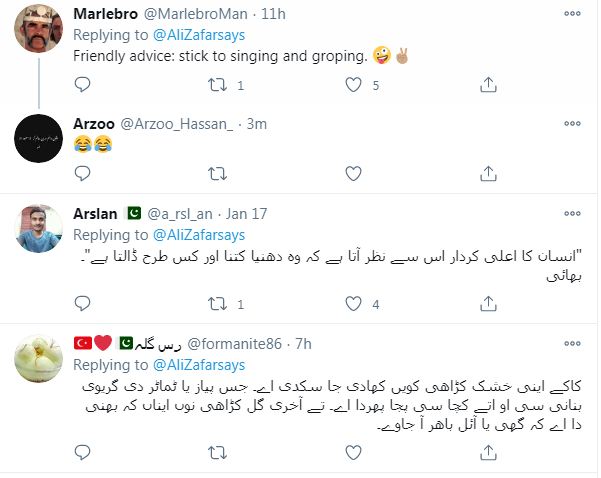 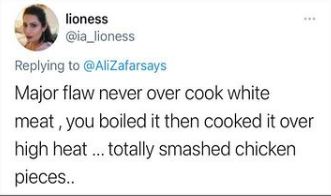 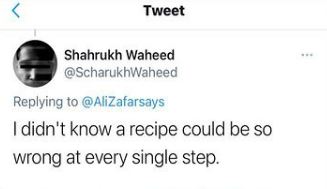