Ayesha Omar schools troll policing on her choice of clothing

Pakistani celebrities are often being trolled for their choice of dressing. Recently, Pakistani actress Ayesha Omar was under hot water for wearing body revealing clothes.

One of the netizens commented on one of the Bulbulay actress’s photos that,

“If she is promoting women to expose more of their body (via such clothes), then that’s surely not “women empowerment”, such a misquoted term.

To which the highest-paid actress of Pakistan replied,

“I’m definitely not asking women to expose or not expose their bodies. It’s their own choice, as wearing this dress was mine”. 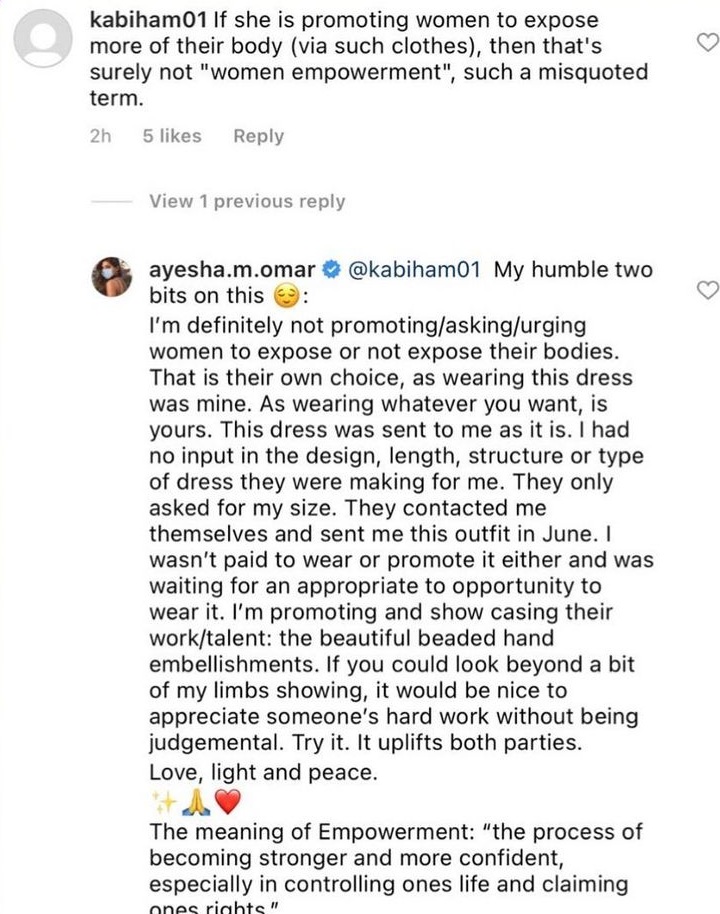