Chacha Pakistani is now the self-appointed Prime Minister of TikTok

Chacha Pakistani was accompanied by Kashif Zameer, popular TikToker who hosted Turkish actor Engin Altin on his arrival to Pakistan.

In a video, Chacha seen swearing that he will ‘defend those uploading inappropriate videos to TikTok”, with the national anthem playing in the background.

His video has surpassed over 2 million views on popular application TikTok.

Earlier, Kashif had posted a photo of himself with actor Shaan Shahid, claiming he asked him if foreign stars should be appointed ambassadors for Pakistani brands instead of local actors.

Zameer wrote: “Last night, Pakistani superstar Shaan Bhai asked me whether it’s okay to employ foreign stars as brand ambassadors for our local brands instead of our artists. What should have my reply to that?”

However, Shaan quickly bullished the false accusation and instantly replied to the picture.

“Brother that’s not correct. I didn’t ask you anything like that. You requested to take a picture with me and I agreed to it because of Shafqat Cheema Sahab.” 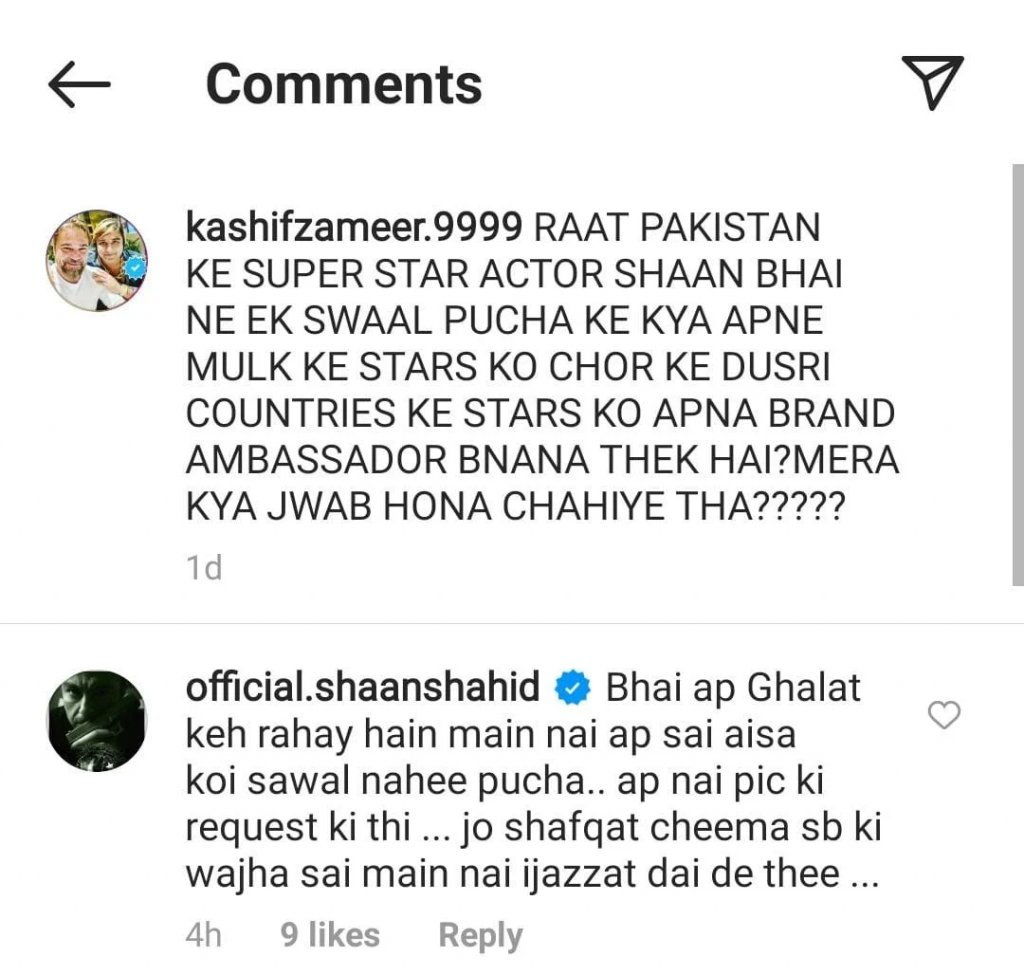 The ZTE Axon 30 Ultra and Pro phones are already official, but...

KARACHI: The rupee touched the four months low of Rs158.19 against the...

Khyber Pakhtunkhwa government has decided to start a second shift in government...