Taking to his Instagram stories, the Turkish star was impressed with the teaser trailer of drama, ‘Khuda Aur Muhabbat.‘

He praised the Pakistani actor for his work and captioned the video, “Brother” along with emojis of the Turkish and Pakistani flags as well as the heart emoji.

He also captioned the video “Turk Pak Botherhood” which appears to be a goodwill gesture. 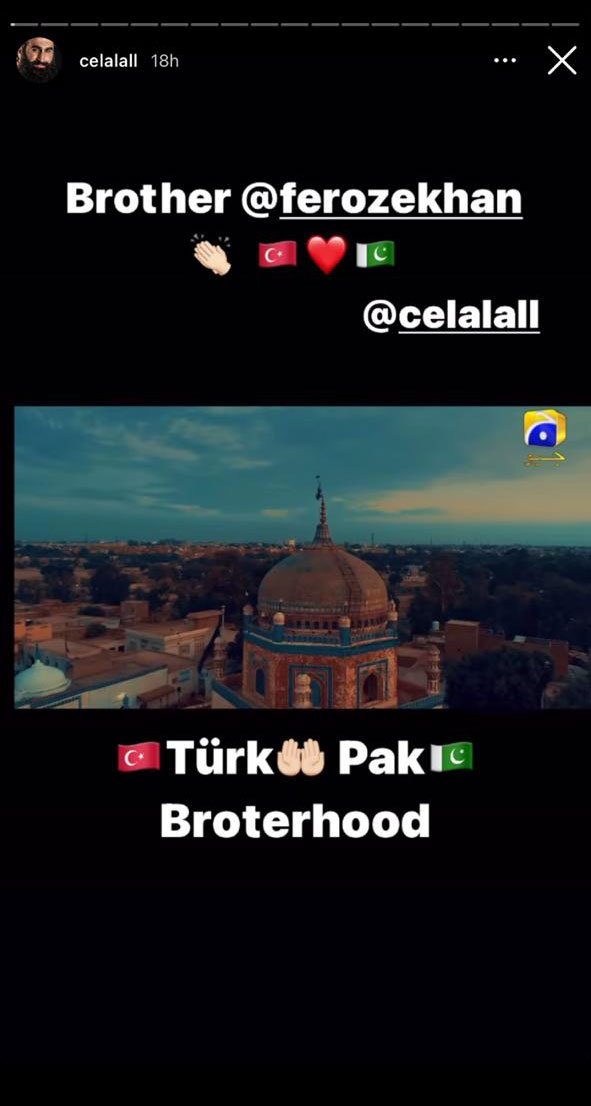 Feroze Khan had shared a famous dialogue earlier which is beautifully quoted by Ibn Arabi in Dirilis: Ertugrul. The quote mentioned, “Loneliness is an essential friend on the road of bravery.”

Federal Minister for Science & Technology Fawad Chaudhry along with his wife...

SSGC’s gas suspension slammed: Half of industrial units to close down