Farhan Saeed and Iman Ali have become the talk of the town on the internet as their stunning photo shoot is going viral.

‘Prem gali’ actor Farhan Saeed and ‘Khuda ke liey’ actress Iman Ali are geared up for their upcoming movie ‘Tich Button’ produced by none other than Urwa Hocane. The movie features Feroze Khan, Farhan Saeed, Sonya Hussyn, and Imam Ali as lead actors. The trailer of the movie has already been released whereas the release date has not been announced yet.

However, the latest photoshoot of Farhan and Iman explains the movie is likely to hit theatres soon.

In the photos, Iman can be seen slaying in an elegant red embellished saree whereas Farhan can be seen donning a black Sherwani. Photos of the on-screen couple will make your jaw drop. 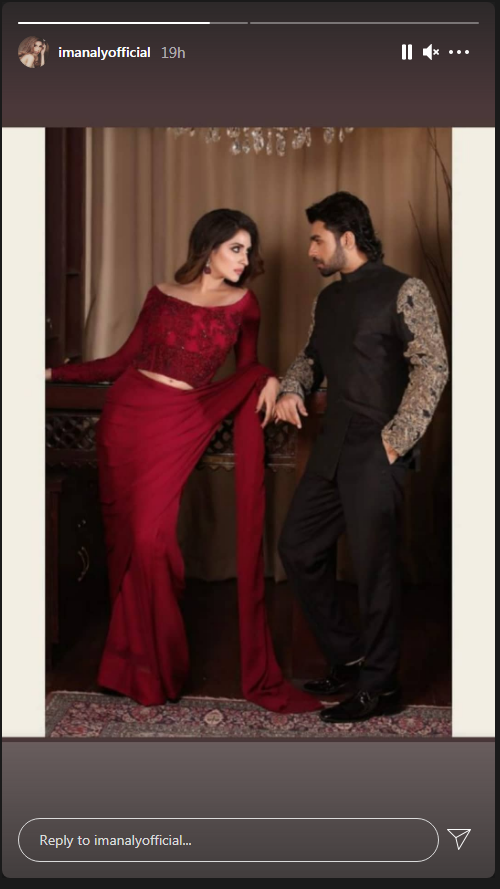