Federal Minister for Science & Technology Fawad Chaudhry along with his wife and children met with the cast and crew of hit Turkish series Kurulus: Osman and posed in front of the camera with its lead Burak Ozcivit in Riva, Turkey. 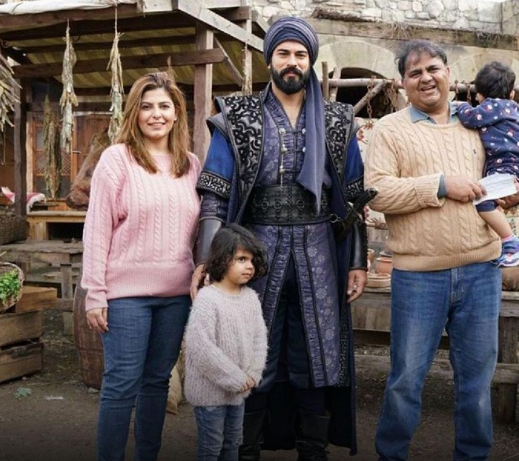 Earlier, the first episode of the second season of the drama series Kuruluş Osman broke all records after it was premiered on Wednesday, October 7, 2020.

Turkish star Burak Özçivit, who portrays the lead role in the historic drama, turned to Instagram and shared the poster of the first episode and wrote in Turkish saying, “Kuruluş Osman returned to the top of the season-opening.”

The popular Turkish show details Kurulus: Osman is about the establishment of the Ottoman Empire.

The TV series has huge fans in Pakistan and many other countries since it is the sequel to another hit series “Dirislis: Ertugrul“.

“Ertugrul” is currently being aired in Pakistan with Urdu dubbing on the directives of Prime Minister Imran Khan.

Kuruluş Osman: Bala Hatun to die in the upcoming episode?

Bushra Ansari bashed by social media users for being childlike