Turkish diva Gulsim Ali has shown her love for Pakistan many times on social media. She has earlier wished to visit Pakistan as well.

Gulsim Ali is known for her stunning character of Aslihan hatun in Dirilis: Ertugrul. If you are watching the series on the State Television, you will soon see Aslihan Hatun in Season 3.

Aslihan Hatun appears as a bold, confident woman who prefers to lead her tribe after her brother’s death over her marriage to an ‘Emir’. She becomes the second wife of Turgut Alp.

Gulsim Ali shared some videos of the grand flag-hoisting ceremony at the Wagah border between Pakistan and India. She wrote that she found it ‘really impressive’. 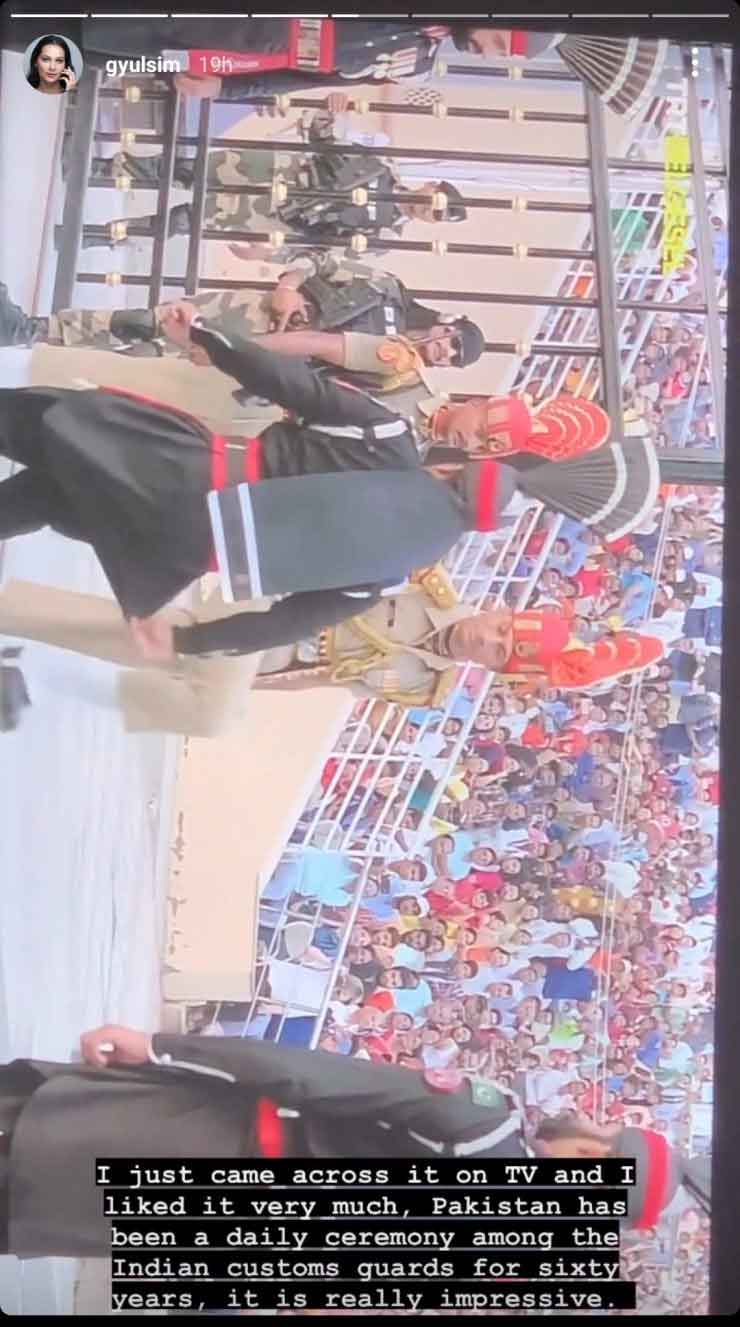