The multi-talented Pakistani celebrity Hania Aamir has stunned everyone with her melodious voice as she sang the super-hit track Pi Jaun, originally sung by Farhan Saeed and Momina Mustehsan.

Taking to her Instagram account, the Ishqiya actress uploaded a video, showcasing her singing talent and amazed her fans.

The video received an immense amount of love as netizens flooded her comments section with appreciation. 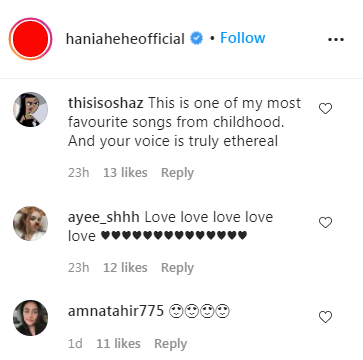 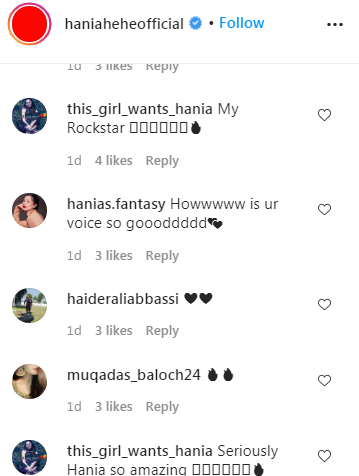 This is not the first time when Hania showed her singing talent to the world. During the lockdown, the Pakistani actress started to post her singing videos, sometimes solo and sometimes with her friends, on her Instagram account.

Since then, Hania has been receiving appreciation for her talent, but the latest cover (Pi Jaun) becomes the first song to get so many likes and appreciation.

Earlier, Hania Aamir and Ashir Wajahat, who already are talented actors proved themselves as great singers.

The video of both the celebrities singing the Indian song “Kajra Mohabbat Wala” accompanied by their other friends went viral on social media.

Hania Aamir amazes her fans with a new singing video

Actress Hania Aamir amazed her fans with her incredible singing skills.  The...