Pakistani actor Imran Abbas, who once expressed happiness over the TikTok ban imposed in Pakistan by the Pakistan Telecommunication Authority (PTA) in October, has hinted to join the video-sharing app soon.

According to the details, a fan asked the Creature 3D actor if he will join the Chinese-owned app, to which he replied,

“I might make my TikTok profile soon for my fans too, since I receive thousands of messages from them”.

He even shared that he had never disliked the app but hates when people create such content that is beyond limits. He advised people that “use TikTok in a positive, creative, and productive way”. 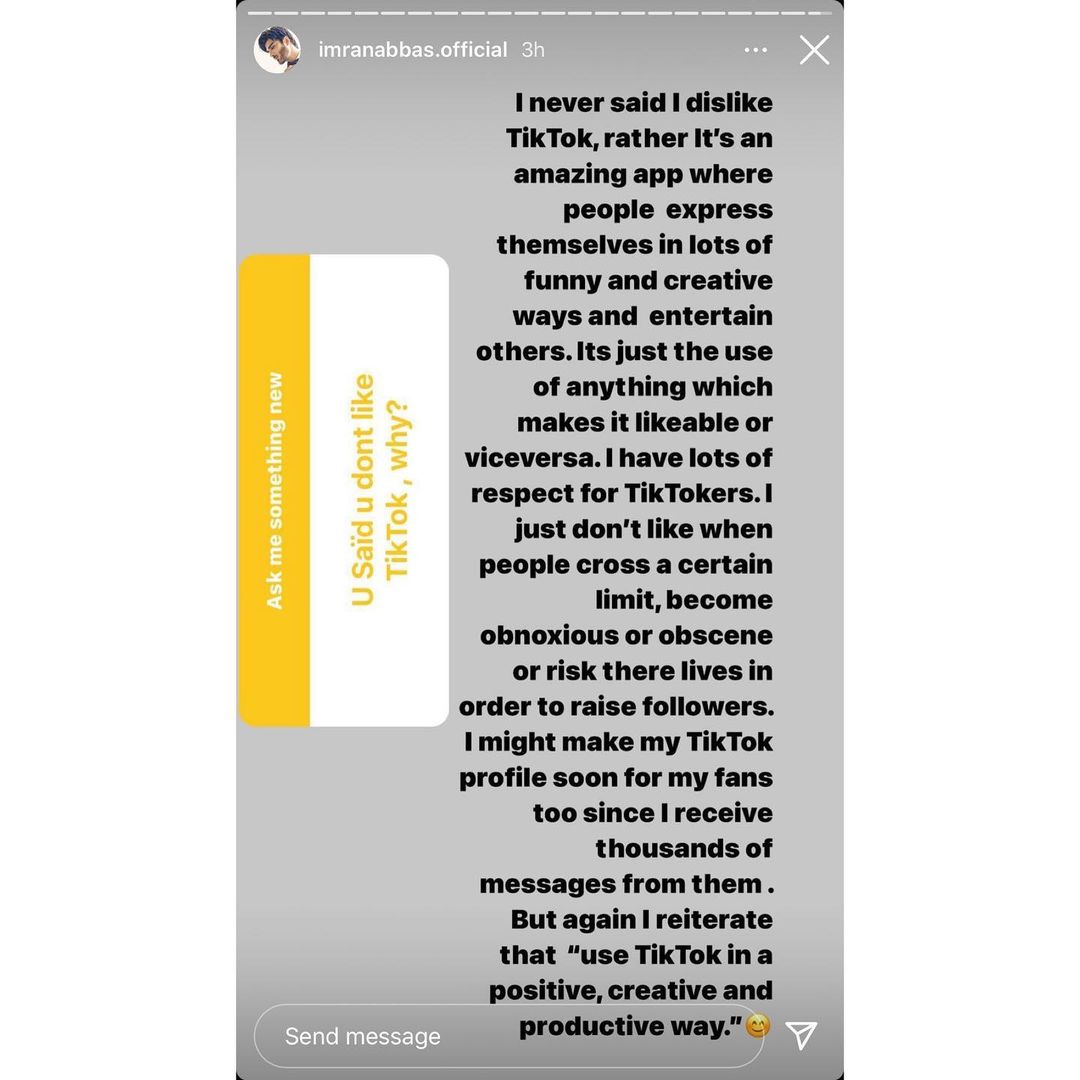 Recently, news of  Imran Abbas getting married was circulating on social media. He had revealed in an interview that he will soon be giving good news regarding his marriage which went viral all over the internet. Imran Abbas in response to the news posted a story on Instagram saying all such rumors are baseless.

Imran Abbas requests to not ask about his opinion regarding TikTok

Pakistani showbiz star Imran Abbas seemed to have some sort of negative...

Prince William says that he is “very proud” of Queen Elizabeth and...

Disneyland Paris said on Monday that it was postponing its reopening by...

Ana de Armas is flaunts a fresh hairstyle after breaking up with...

Sania Mirza Shares How She Dealt With COVID-19

Indian tennis star Sania Mirza had contracted the novel coronavirus at the...

Guess who the celebrity baby is in the picture

Amitabh Bachchan has been ruling over Bollywood and its film industry for...