Justin Timberlake has confirmed that he and wife Jessica Biel have welcomed a second child. He revealed the name during his virtual appearance on The Ellen DeGeneres Show

He also revealed that the name of their son is Phineas.

The couple welcomed their first child, son Silas, in April 2015 after getting married in 2012. 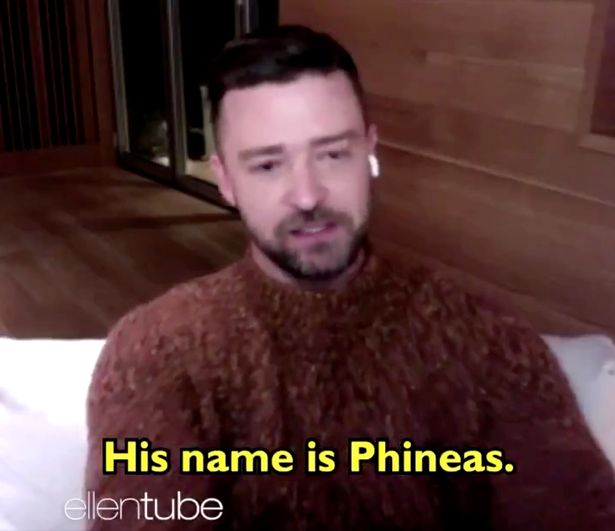 Justin revealed that they kept their pregnancy ‘secret’, though he admitted that Ellen was one of the few that knew about it.

Ellen said to the new daddy: “I think we were FaceTiming and you said, ‘Hey, you want to know a secret?’ and then Jessica walked in and you put your hand on her stomach. You were like, ‘I’m having another baby!'”

The TV host asked Justin what it was like being a parent to two children compared to when he just had one.

The singer joked: “We don’t see each other anymore.

“It’s a lot of fun. I guess the saying goes go from a zone defense to a man-to-man really quickly. It’s great. Silas is super excited.”

Speaking about how five-year-old Silas is adapting to being a big brother, Justin said: “Right now he’s very much liking it.

“Phin can’t walk yet or chase him down, so we’ll see what happens.”

The singer also revealed that Silas was developing a knack for video games and is becoming a little gamer.

Justin revealed this when asked whether he was showing signs of being a musician.

He went on to say, “But he’s into Legos and tennis. We got him a Nintendo Switch. It’s just like, child crack.”

With Justin enjoying playing golf, he says that his son is also getting into the game.

Justin shared: “He likes golf, but I’m not pressing it.

“I want him to like it if he likes it. He’s fast and active so he’s very good at tennis.”

Justin Timberlake was seen holding hands with co-star, later apologized to his wife

KARACHI: The Korangi Association of Trade and Industry (Kati) has termed the...

Rakhi Sawant takes Salman Khan's side in his ongoing feud against KRK....

The ‘strawberry moon’, will be visible in Karachi tonight