Pakistani writer and director Khalil-ur-Rehman is all set to host a current affairs show on a private news channel. Rehman has always been under hot water for his fiery and problematic statements and got fame for his super-hit drama serial Mere Pass Tum Ho.

Khalil took to his social media and shared the news with his fans and followers.

A post shared by Khalil Ur Rehman Qamar (@krqofficial)

However, he did not announce the release date of the show but as per his caption, the show will soon hit the screens sometime this month.

“My dear friend and celebrated writer Khalil Ur Rehman Qamar is bringing his sharp writing skills and blunt wit in his new show.”

“Expect him to speak the truth as it is. Ruffle a few feathers politically and socially and shoot from the lip,” added the actor. 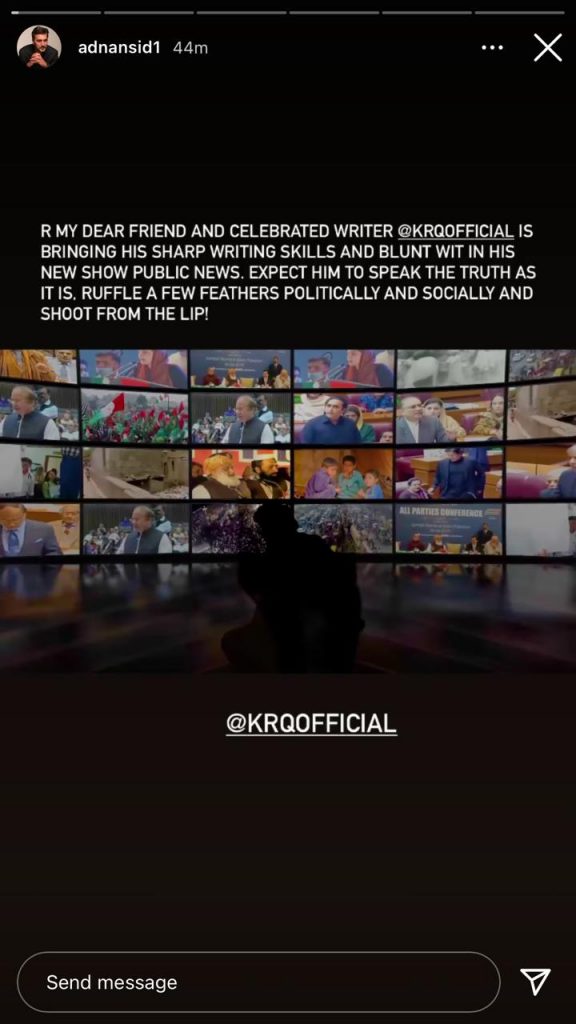 Earlier, in an interview, Khalil talked about the friendship of girl and boy with his experience.

He said in his interview that,

“Always remember one thing and I openly say that there is nothing like the friendship between a girl and a boy that is a white lie. It is the biggest lie of this world. Both of them are ambushing, especially men” he continued “Those girls who get involved in girlfriend boyfriend activities they bang in walls at the age of 35 or 40”

Renowned writer Khalil-ur-Rehman Qamar says his sisters motivated him not to step...