Lily Allen, 35, decided to be sober after she considered taking heroin while performing on Miley Cyrus’ Bangerz tour in 2014.

While speaking in a podcast, Allen opened up about her journey to sobriety and the obstacles she had to face along the way.

Allen recalled her time as an opening act on the Bangerz tour as particularly difficult, saying she didn’t “feel like a pop star at all.

“I felt really worthless, and drugs and alcohol made me feel the opposite,” the “Smile” singer said.

Allen married Sam Cooper when she was 24 and went on to have two daughters: 9-year-old Ethel and 8-year-old Marnie.

“We sort of ran out of money and I had to go out on the road again, but I was 14-stone (196 lbs) and just did not feel like a pop star at all,” said the star, who is currently married to actor David Harbour. 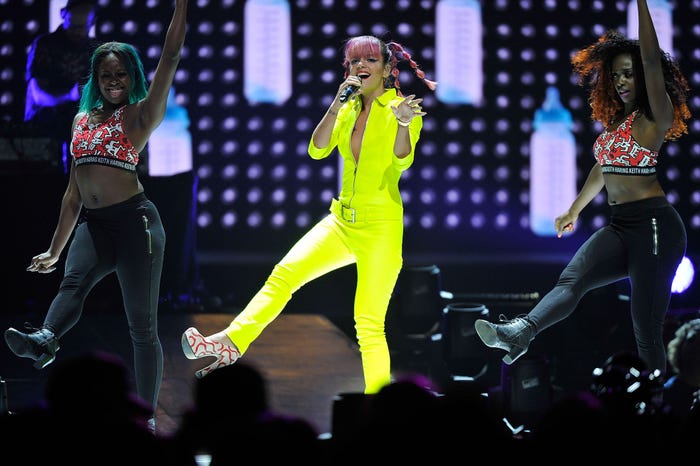 “So, I started taking this drug called Adderall, which is like speed, to lose the weight. And then I got addicted to this drug because it made me invincible and I could work really long hours and be all the different people that I was required to be at the time,” she added.

Allen’s addictions worsened while she was on the American leg of the Bangerz tour in 2014.

“It was a very highly sexualized tour and I had just spent the last three years pushing babies out. It couldn’t have been less what I felt like,” Allen said.

“And also, I’d never ever supported someone. So, I was sort of like re-entering this phase of being a pop star again but not doing it on my terms anymore. I was supporting this girl who was much younger and more attractive than I felt and I just started out in all manner of ways,” she added.

According to the singer, this included cheating on Cooper and falling further into alcoholism.

Allen said that she previously drank alcohol to “take the edge off” of drugs, but realized during this time that she “was getting up in the morning, going straight to the mini bar, and downing those little vodka bottles…without the drugs.”

“I remember being in LA and thinking like, ‘None of this acting out is working anymore. Maybe I should try heroin,” said Allen.

She continued, “I’d been in a scene, you know, where I had seen what happens to people who use heroin and knew when that thought popped into my head it was time to — you know — confront my demons. And that was about five years ago. And I started recovery.”

However, she wasn’t fully committed to recovery at the time, and fell back into drinking alcohol about six months after getting clean.

“I lost my marriage. I lost my house I worked for 10 years to buy. My career started sinking. I lost all my friends – I didn’t have any of my friendships any more. I was so resentful and so angry all the time. Really felt like the world owed me stuff” she said, adding “that went on for another four years.”